Today’s washing machines are anything but stylish. If you ask me they look like burly, angry computers. But if Electrolux has its way, we’ll soon be able to say the words “washing machine” and “sexy” in the same sentence. Without “not” of course. The company showed off its’ SHINE concepts last month in Milan, Italy. There were two designs – one free standing and one wall-mounted. Both were designed to take up as little space as possible and look at home in porcelain-filled environments. 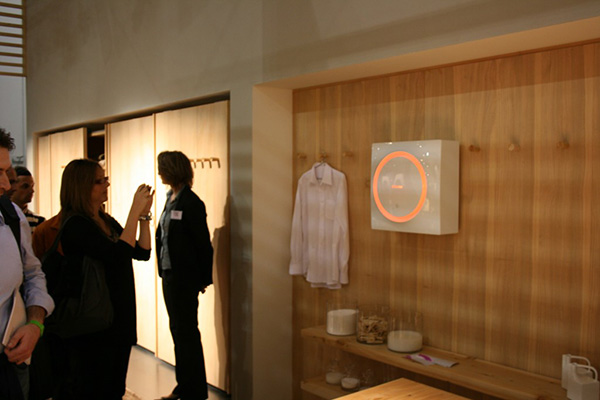 That’s the wall-mounted version right there, which from the looks of it has a maximum load of two boxers and a thong. Or maybe its body is supposed to be tucked inside the wall, in which case its butt will be exposed outside of your house, like an air conditioner. I don’t know. 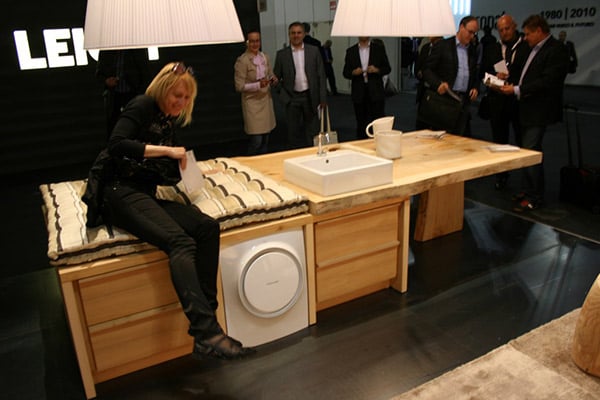 And there’s the free-standing version, which is a lot more sensible to me. The orange light on the lid of the machines serves as the timer, while according to Electrolux Industrial Design Manager Calum Armstrong “the small display above the door has a smaller selection of programs, depending on the type of garments that need to be washed.” Uh, which small display? But we shouldn’t be so hard on Electrolux – these are just concepts after all, and as far as being sleek and modern goes these designs are successful, if (yet again) impractical.

[via Electrolux Design Lab via dornob]