Mercury Arc Valve Rectifier is Something Every Mad Scientist Should have

I have no idea what this is for, but I like it! As a matter of fact, I wouldn’t mind having one of these in my living room – or at least in my la-bor-a-tory. It’s actually something called a mercury arc valve rectifier, and it sure looks cool when powered up. 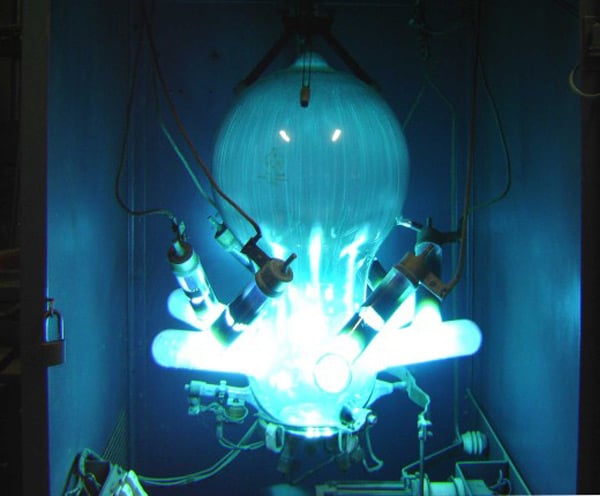 So what is it exactly? It was invented in 1902 by Peter Cooper Hewitt to convert AC into DC, that’s not the band, AC/DC, but convert alternating current into direct current. They were rendered obsolete in 1975.

Even though it’s of no use today, it looks awesome! Imagine all of the cool things you could do with it! Any ideas?