When I first saw this image yesterday, I had trouble figuring out what it exactly was. Luckily, I recognized San Francisco and traced it rapidly to artist Mike Horn. He made this series of still images after people asked for hi-res wallpapers from his videos Death Star Over San Francisco and Death Star Destroys Enterprise. 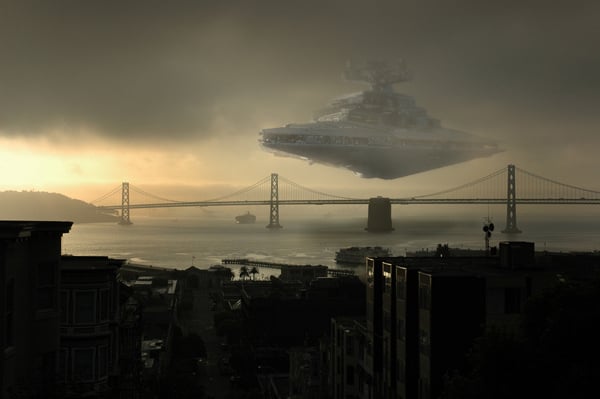 Mike Photoshopped them from his own personal photos and Star Wars images that he found on Wookieepedia. The stormtroopers are real and part of the 501st Legion Golden Gate Garrison troopers. You can check out the Flickr set here. 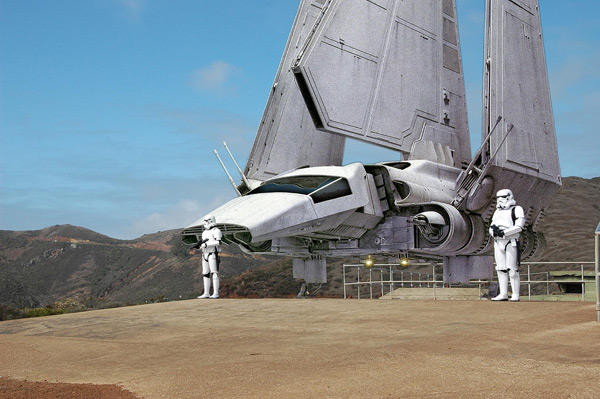