You be the Star (Wars)

If you love Star Wars as much as I do, then you’ll be pretty psyched to hear that you can now star in your own version of Star Wars! How cool is that? 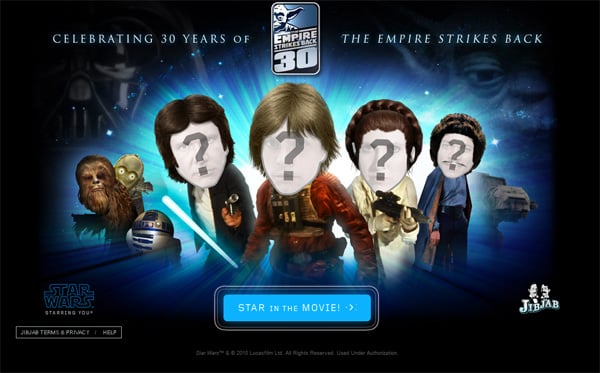 All you need to do is go here and follow the instructions. JibJab put this fun animated Flash app together to celebrate the 30th anniversary of The Empire Strikes Back. 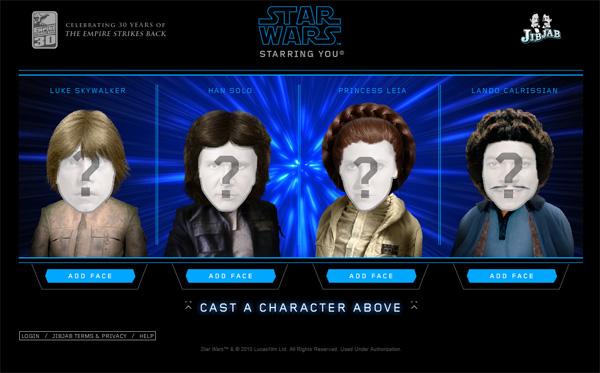 You’ll be redirected here to upload some photos or snap a still from your webcam, and voilà, you’re ready to kick some Imperial ass. Sharing the video is free, but if you want more and would like to star in A New Hope and The Return of the Jedi, well then you’ll have to become a member of JibJab, which will cost you $12 a year.