Android-Winmo-Iphoneos Guitar: What Happens When the Phone Rings? 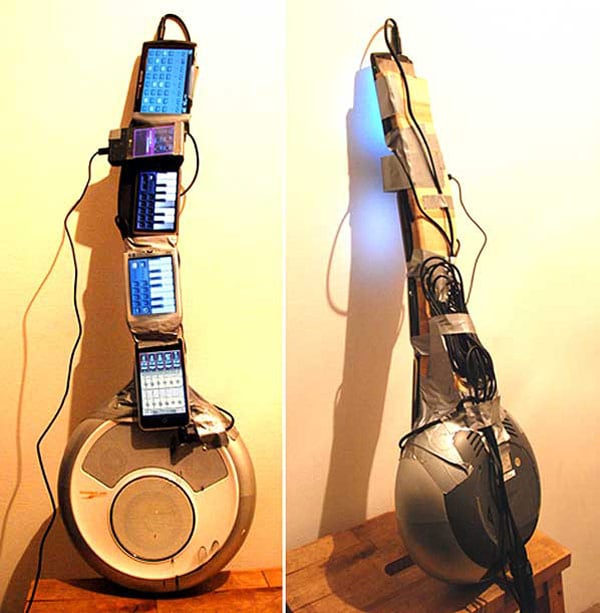 Made for a presentation at MobileCampBrussels, the Phone Guitar is made out of five smartphones (actually there’s an iPod Touch standing in for the iPhone) on three different mobile platforms using three different programing languages as well as two third-party apps, a custom cross-platform sequencer app, a stick, some battery powered speakers, and a whole lot of duct tape.

It not just looks cool (as cool as a device made out of duct tape can), it also sounds cool. Steffest is one of the guys behind this device and he can also play a good Neil Diamond tune on it. I just wouldn’t want to be the one who has to get all the duct tape off of the phones when the guitar is dismantled.