Sony Second Generation Vaio P Computers Are Odd as Ever

Sony first showed off its Vaio P line of computers at CES a few years back and they were downright offended if you called the machines netbooks. This was despite their small form factor, netbook hardware, and netbook performance mind you. The only thing not netbook-like about the original Vaio P was its huge price.

Sony has now updated the Vaio P and apparently still doesn’t think of the strange machines as netbooks. The little handheld rigs come in some bright hues including green, pink, orange black, and white. Inside the wide and thin chassis are available Intel Z530, Z550, and Z560 CPUs. 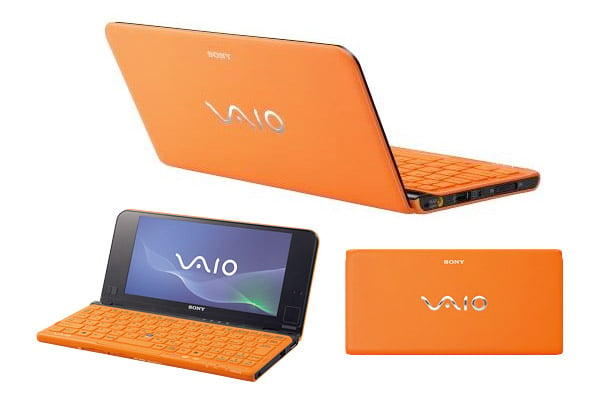 Storage is provided by SSDs in 64GB, 128GB, or 256GB capacities, and the machines also include GPS, Wi-Fi, WiMax, 3G, and Bluetooth. That is a lot of features to cram into a machine with such small stature. The small screen has an incredibly dense resolution of 1600 x 1280 on sports a track pad on one side of the screen and a pair of mouse buttons on the other. Pricing and availability for the US is unknown, but May 22 is the launch date in Europe.