Apple claims that Safari on the iPad is the “best way to see the sites.” Well, here’s how Disney/Pixar’s Toy Story 3 website looks like on the iPad: 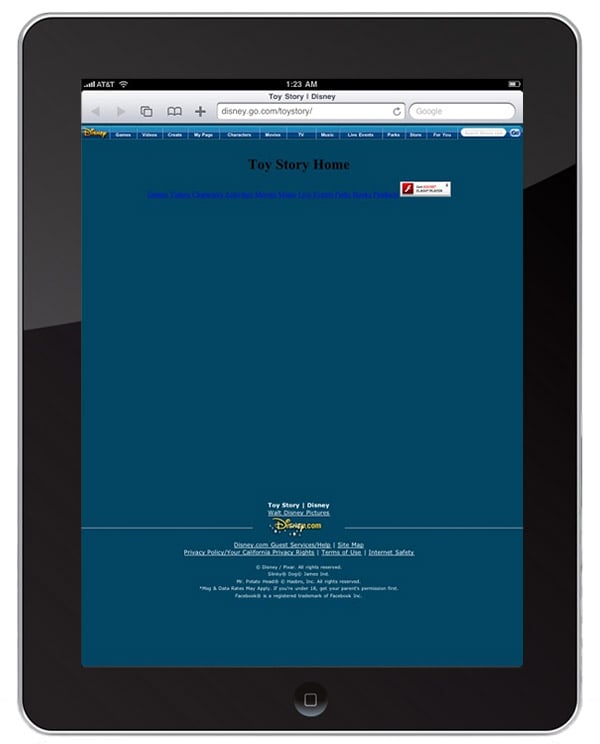 Don’t bother squinting, there’s really nothing to see. This can be resolved in two ways: Either Apple starts supporting Flash, web developers stop being so overdependent on Flash, or at least offer an alternative version for devices like the iPad. Do you think the iPhone, iPad and similar devices will be popular enough to convince developers to ditch Flash? Or is really just a matter of time before Adobe’s software becomes extinct?