Dragon Quest Controller Can Only be Used by King Arthur

…at least that’s what it looks like to me. This is a concept image of the controller for the Wii port of the arcade game Dragon Quest Monsters Battle Road Victory. Clearly, an absurd title deserves an equally absurd controller. 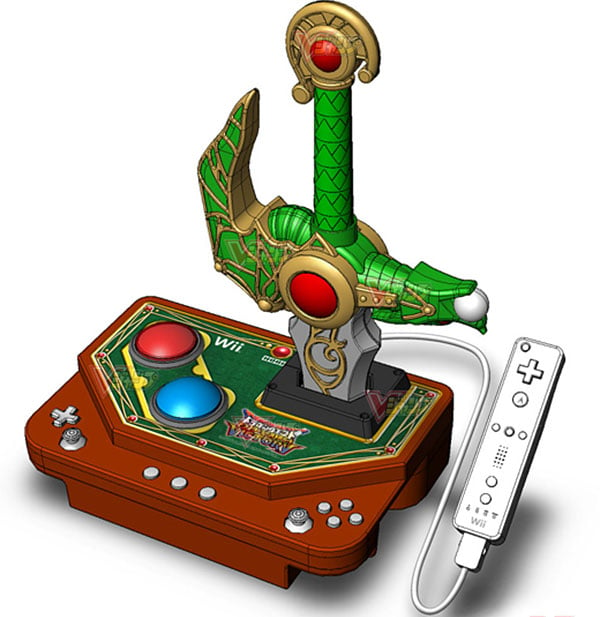 The controller will be made by HORI and will sell for ¥12,800 (approx. $138 USD). As for the sword that’s barely a sword? Andriasang says that gamers will “push down on the sword for your special finishing sword attack.” Oh, Japan. I wouldn’t be surprised if that turns out to be the sword controller’s only purpose.