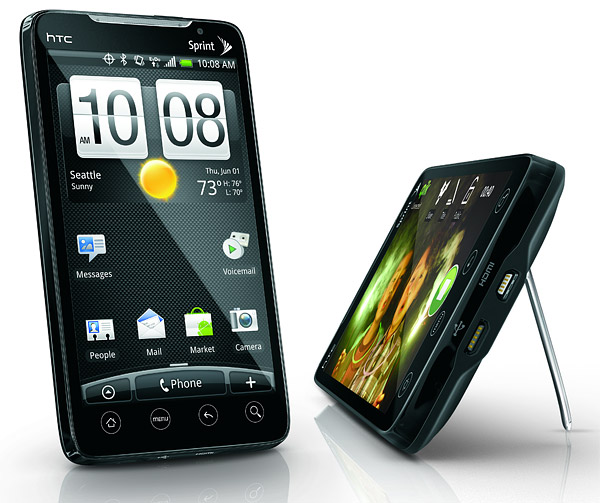 Hardware specs include a Qualcomm Snapdragon QSD8650 (1GHz) processor, and an 800×480 4.3″ capacitive touchscreen display. Battery life is rated at 6 hours of talk time. And while Sprint bundles an 8GB microSD card, you can upgrade to as much as 32GB. The phone will include a sharp 8-megapixel digital camera, as well as a front-facing 1.3-megapixel camera for video chat. 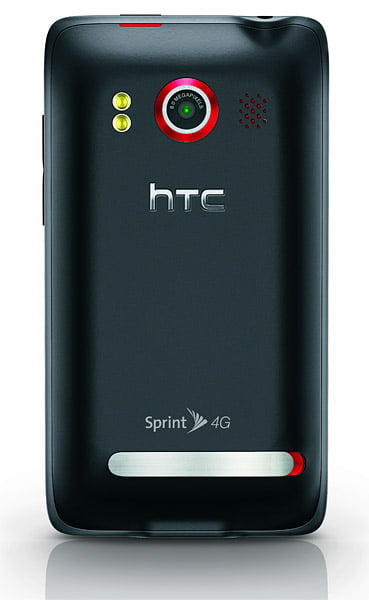 Also included are all of the usual Google apps including search, maps, talk, Gmail and YouTube, as well as Google calendar sync too. The HTC Sense interface adds integrated social networking to let you view your friends Twitter and Facebook updates in one place. 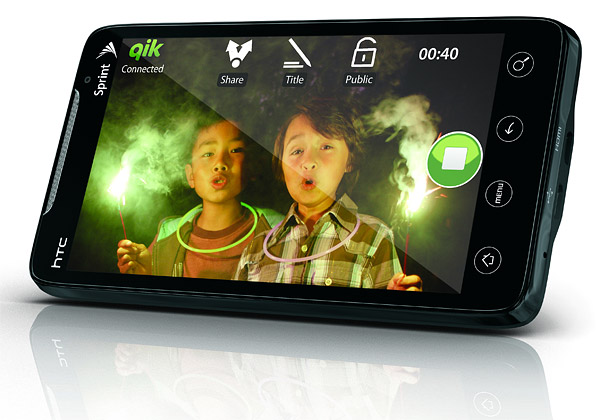 One of my favorite features of the EVO is the device’s built-in hotspot ability to tether up to 8 devices over Wi-Fi, giving your own portable wireless LAN wherever you go. I can’t think of a better complement to my Wi-Fi only iPad. The phone also supports simultaneous voice and data transmission when you’re on a 4G connection and Wi-Fi is available.