Sir Ian Mckellen Mistaken for Beggar: You Shall Not Pass!.. Unless You Can Spare Me Some Coins

Before the rest of the new Knights of the Round Table assault me, this story isn’t really as scandalous as it seems. You see, the big screen’s Gandalf and Magneto really looked like a beggar when the incident happened. McKellen was “sitting in his tramp costume having a break” from rehearsals for Waiting for Godot in Melbourne, Australia, when an unknowing but kind passerby gave him an Australian dollar. McKellen then transformed the dollar into a hundred bullets and shot the passerby in the face. At least that’s how it plays out in my version of the story. 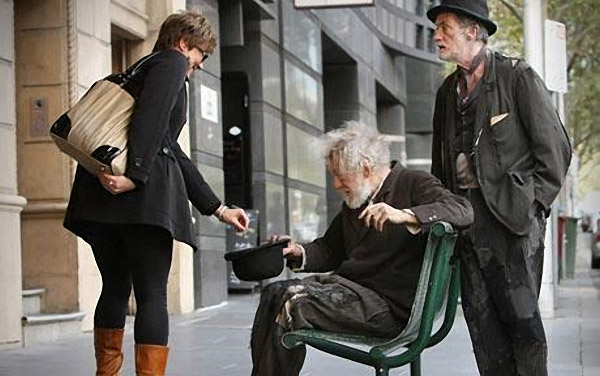 Here’s how it really went down, straight from the man himself: “During the dress rehearsal of Godot, I crouched by the stage door of the Comedy Theatre, getting some air, my bowler hat at my feet (and) seeing an unkempt old man down on his luck, a passer-by said, ‘Need some help, brother?’ and put a dollar in my hat.” With this look, not even the Queen of England herself would recognize her knight: 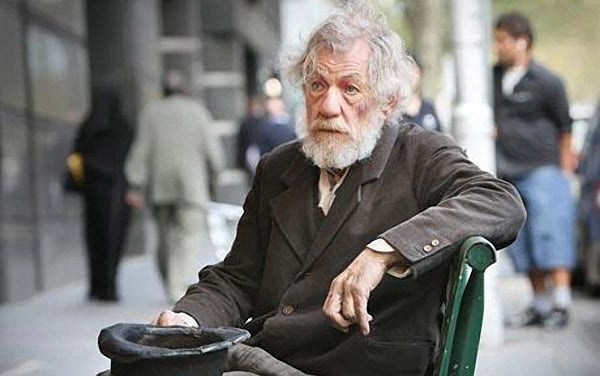 McKellen added, “The dollar coin is now lodged between two drawing pins on the board above my dressing room mirror. My lucky talisman.” The severed head of the passerby, on the other hand, is in the bottom drawer of his dresser. Just kidding.

[via Telegraph via Boing Boing]