These new robots from the Taiwan-based Aurora Group are set to invade China. Well, that’s not exactly what they’re doing there. They’ll be shown in Shanghai at the World Expo. Still, Shanghai is in China, so you never know what those ‘bots might be up to. 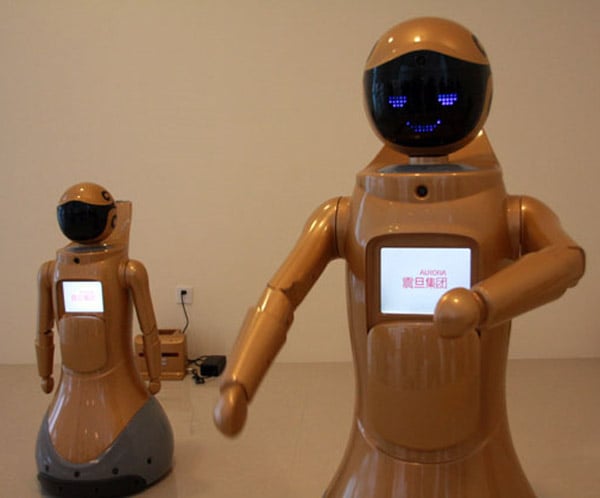 At the show, the robot hosts will show off some beautiful jade treasures, including holographic versions. The Aurora Kids are a bunch of new-ish robots that can speak, sing, and dance, sort-of. The ‘bots are about 3’3″ tall and have a sliding chest cover with an touch screen.

Relations between China and Taiwan have never been rosy, but I like the sound of Taiwan’s robot army getting ready to take over the world, especially since I’m currently living in Taipei.