Sharp’S New 3d-HD Camera for Your Phone: Film Your Own Low-Budget Avatar

3D is going to be everywhere this year, thanks to James Cameron’s Avatar. I recently read that even Mars would be filmed in 3D on those Pathfinder drones. Now, it looks like Sharp came up with a new and cute little add-on that will allow you to film 3D with your phone! 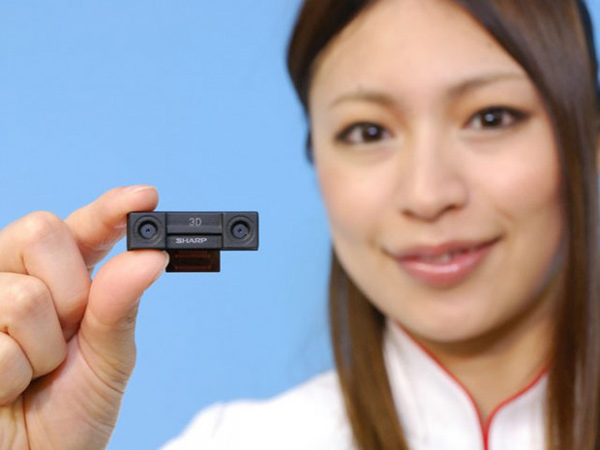 This little gizmo will work with mobile devices, digital cameras and portable gaming systems. That’s pretty cool, although I wonder how much footage they will be able to capture with their limited storage. There aren’t many details available, however Sharp says that the module will allow you to shoot both 3D photos and 3D videos in 720p.

If you thought this was going to be released in a few years, you’d be wrong because Sharp plans on shipping these to hardware makers as early as July. Mass production will follow later this year. I guess it won’t be long before kids will be shooting 3D footage with their Nintendo DS gaming systems.