Gazillion Entertainment is developing an MMO featuring popular characters from the Marvel Universe, and it’s looking really cute. Really really really cute. So cute that older fans of the House of Ideas may find it repulsive. 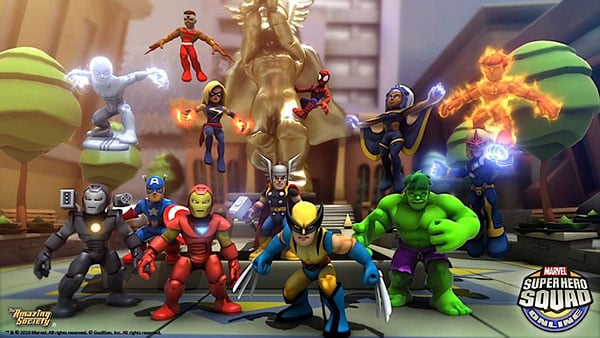 The game is called Marvel Super Hero Squad Online, and from what I saw in the trailer, it seems that the MMO will have some sort of trading card feature to summon certain characters, although according to Gazillion, players will actually be able to play as Marvel characters. I don’t know if playing as Silver Surfer will still be awesome if you know that there are thousands of you out there. On the other hand, development for the game is still in its early stages, so I’ll reserve my judgment until I see some gameplay footage and know more about the game.

Marvel Super Hero Squad Online will be released on the first half of 2011. Bookmark the official website if you’re interested in checking it out.