Yep, you heard it right in the headline. Tomohiro Shibato and Satoko Inoue were married this morning in a ceremony conducted by a robot. Not just any robot. One named “i-Fairy”. 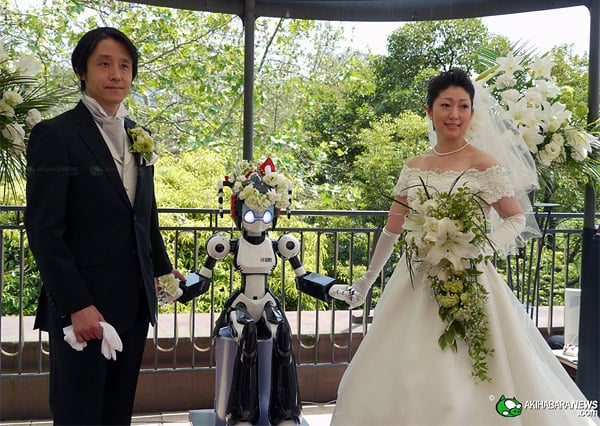 Here’s the short, but sweet ceremony captured on video for posterity:

I’m not actually certain if a robot can be an officiant at a wedding, but maybe they are legal in Japan. They are more technologically-advanced than most countries after all. Next up, robotic divorce attorneys.

[via AkihabaraNews via The Presurfer]