Atlus’ Zeldariffic action-adventure-comedy RPG 3D Dot Game Heroes is already out, and the user-created heroes are already starting to pour in at the official Hall of Heroes, where people who own the game can upload and download said creations. As expected, some of the designs are homages to 8-bit characters, like the bikers from Excite Bike or the Pac-Man ghosts. And the rest of the designs? 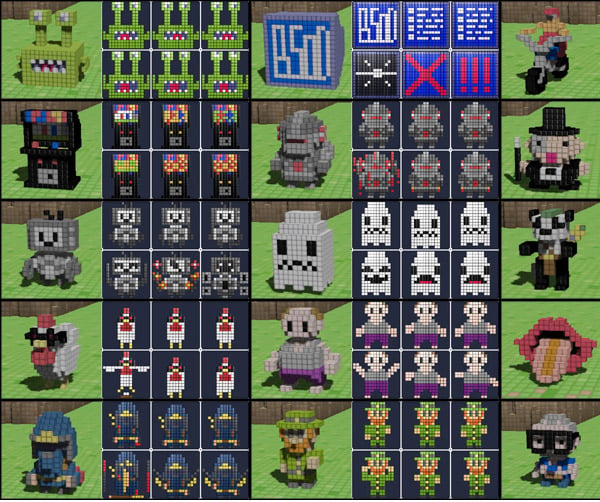 This is probably the first and only time we’ll ever see the Blue Screen of Death as a hero. The real surprise? There are zero pixel penis heroes. Good job, gamers!