There’s nothing I like better than a good FPS, and Raven’s upcoming shooter Singularity looks like it could be a whole lotta fun, thanks to its use of time-manipulation as a game dynamic. 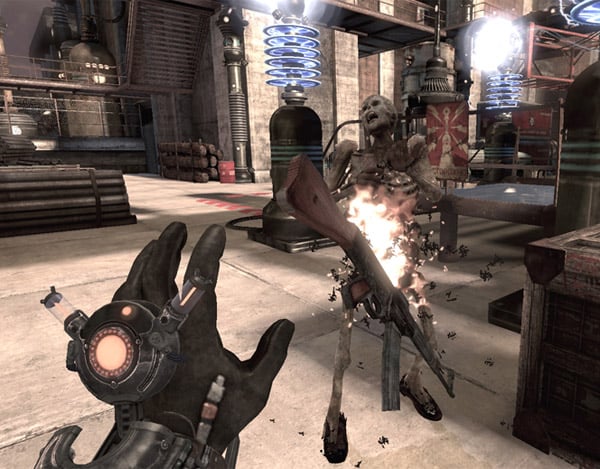 The games singularity weapons allow players to quickly bend time, making buildings crumble on top of opponents as they deteriorate from age. Or move backwards through time and reinvigorate old structures. Or better yet, use time for real evil, instantly turning young soldiers into old men, then a pile of bones. Sweet. Check out the gameplay snippet below to get a small taste of what will be possible: