They guys at Hyperkin keep outdoing themselves with their line of retro consoles. The latest console, called the Retro N 3, can play games from the original Nintendo Entertainment System, Super Nintendo and Sega Genesis in a single system.

Better yet, the Retro N 3 can play games from their original cartridges, rather than running emulated ROMs, so you can just dust off your old carts from the closet (or eBay) and play the originals as they were originally intended. 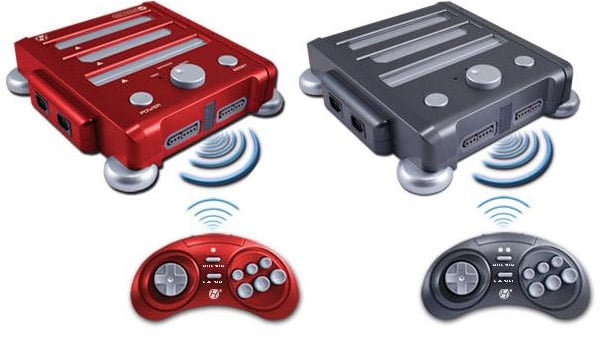 While the N 3 provides ports to connect controllers from each of the classic systems, each system also includes a pair of wireless controllers which sorta resemble the 6-button Genesis controller. The Retro N 3 is available in either red or grey color schemes, and can be ordered over at Hyperkin’s online store for $69.99 (USD).