Analog Tetris: Add Some Brawn to Your Video Gaming Life

It’s true that most video gaming involves sitting in front of some kind of monitor or HDTV, unless you’re playing Wii-Fit or Dance Dance Revolution. In an effort to make video gaming a bit healthier, a few Spanish designers have come up with Analog Tetris, the Tetris game that needs some brawn! Okay, not that much brawn, but more than pushing buttons on a controller or keyboard. 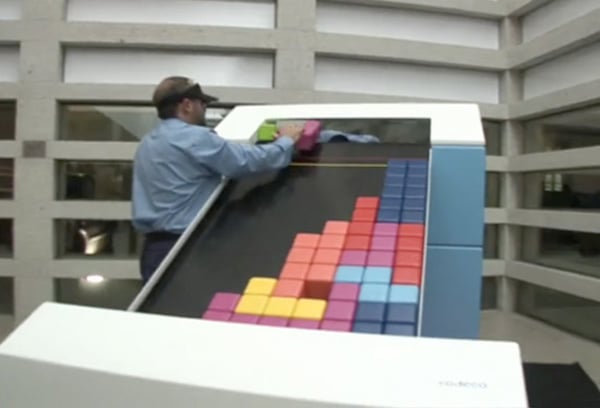 Designed by Juan Lesta and Belén Montero, the game involves three people, two operators to drop the blocks and a “player” who has to align the blocks in typical Tetris fashion. The video is from the first physical Tetris Championships held at the Luis Seroane Foundation in Coruña, Spain.

I think that it’s a great idea. I can imagine that the game would only become tougher as the levels progress and more operators would be needed to make the blocks “rain”, kind of like at level 10 or so. You’d probably need another operator to clear the lines that have been completed as well. What other games would you like to see manifested in the real world?

[via Designboom and The Awesomer]