Pixel sprites may be ancient by today’s standards, but they still retain their charm. They’re relatively easy to create, too, and with Terrible Games’ iPad app Sprite Something, game developers and artists can literally whip one up in seconds. 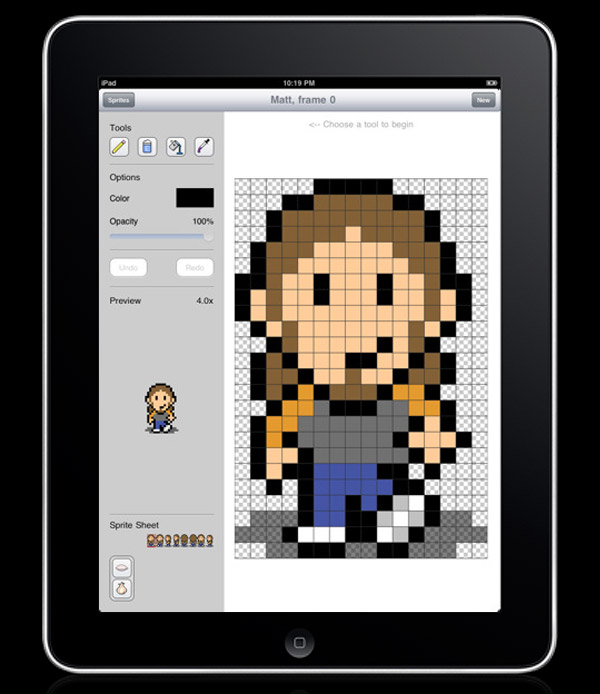 Sprite Something lets you make multiple frames and save them in one image file, which can then be transferred to a real desktop computer via iTunes. You can preview your creation in different sizes, which I guess is useful for game developers, like if they’re making a game for a small device like the iPhone. The app also has an onion-paper like feature, where you can overlay an image over your new canvas, making it easier to stay consistent with the design.

I’m not sure if it’s in the app, but it would be nice if there was a quick copy or duplicate feature. As you can see, a lot of sprites are symmetrical, so it would save a lot of time if one could duplicate and reverse half of a drawing to make a whole image. As with all iDevice apps, Sprite Something is available at the iTunes Store (link opens iTunes) and for the low low price of $2.99 (USD).