Did you know that lowriders have been around since 1911? It’s true! YouTube user gulpy3 found one such hydraulically-modified ride while playing Red Dead Redemption. 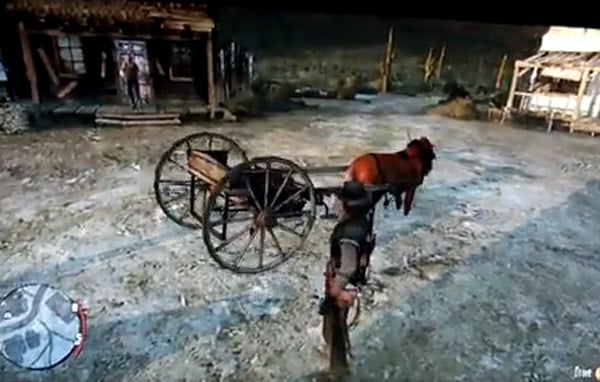 It seems like the wagon was a prototype though, and it’s modification was a bit…extreme:

Yipes. From lowrider to high flyer.