While I was pretty convinced that the over-the-top see-through displays in Avatar were the stuff of far-future science fiction, I’m beginning to think that the tech might not be that far off – especially if Samsung has anything to say about it. 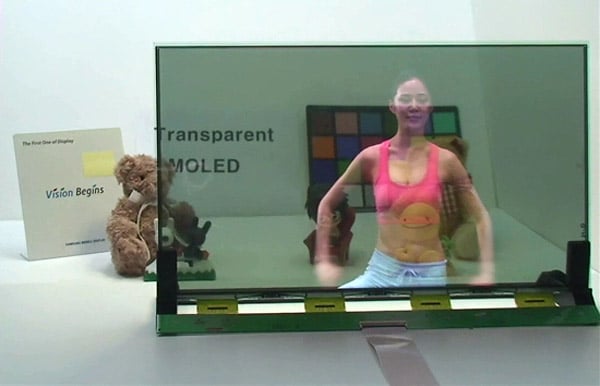 Samsung Mobile Display has started showing off an AMOLED display that’s completely transparent. The 19-inch screen is the largest see-through display yet, and Samsung is working on techniques to produce this technology in displays up to 40-inches diagonal – although there’s no plan to produce the sort of curvy screens seen in Avatar.

While I’m not sure what Samsung’s market plans are for the technology, I could see it being great for heads-up displays on windshields, cockpits, head-mounted displays, news anchor desks, and other locations where seeing through a display is useful. Better yet, I’d just like to have one because it’s flat-out cool looking. Samsung hopes to ramp up AMOLED production in 2012 and beyond, but has announced no further plans for these transparent prototypes.

[via ETNEWS (translated) via OLED Display]