It seems like Roundtable Concept’s Official Marvel HDTVs were a big hit, because now they’ve partnered with CAPCOM to release official Street Fighter IV LED HDTVs. The TVs will be available in four sizes – 32″, 40″, 42″ and 46″. Just like the Marvel HDTVs, these ones will feature SF IV characters and the logo on the bottom corners of the frame. Street Fightery images will also appear on the screen for 8 seconds when the HDTV is turned on. 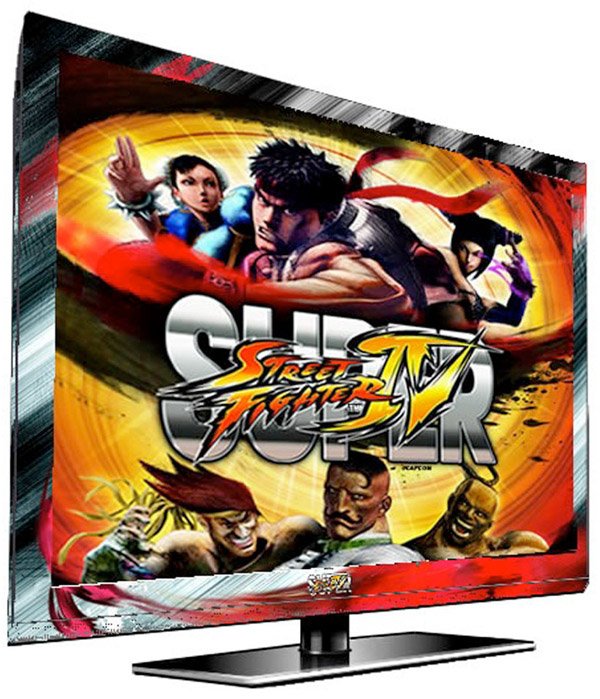 It seems like HDTVs are the new arcade cabinets. No word on the price of the TV’s yet, or if they’ll include a free copy of Street Fighter IV. But they should.