At first when I saw this image, I wondered what it was. It looks like some kind of a glowing animal head of some sort, a cross between a dragon and something else. I was surprised to learn that this is Russell, the Electric Giraffe. 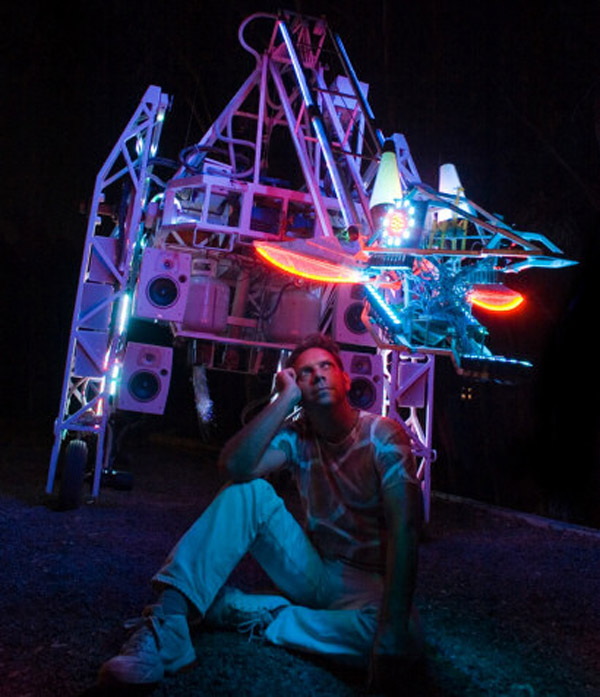 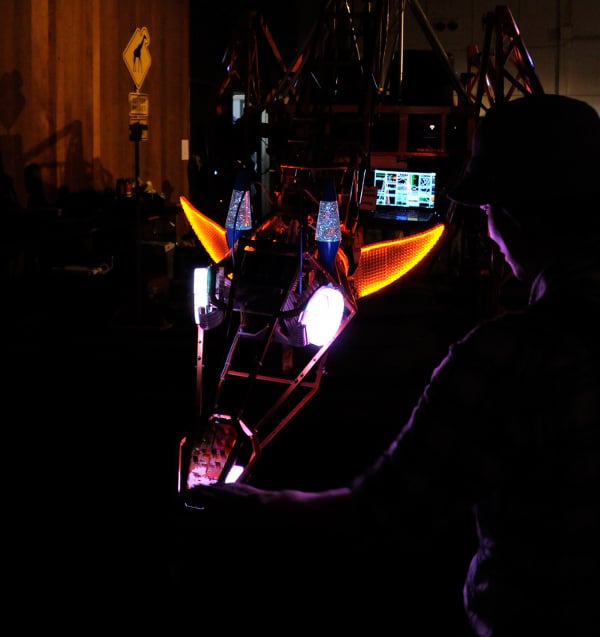 The big question is: what is it? No it’s not a new Teletubby or Barney, it’s a gigantic light-up mechanical ruminant with illuminated eyes and ears. Here’s a video of the Electric Giraffe holding court at a recent rave…