Transformers LED Clock/Watch(?) on the Way From Japan

The guys at Japan’s Seahope, known for many a cool digital watch – have partnered up with Takara Tomy to produce a new timepiece inspired by the Transformers. 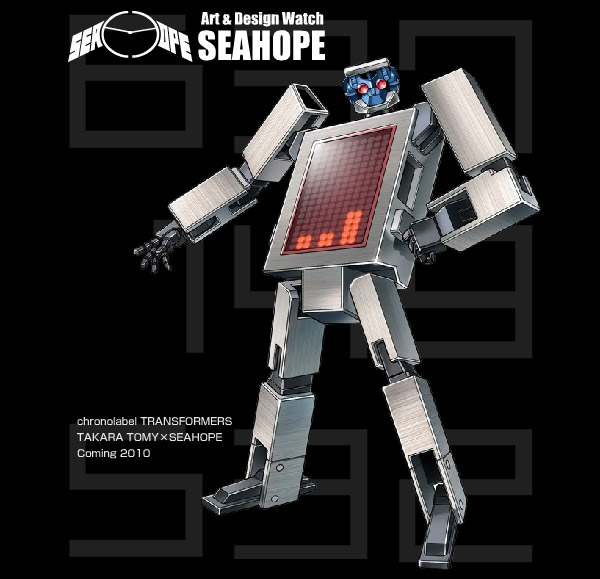 While it’s not exactly clear from this early concept sketch, we’re hoping the chronolabel LED Transformer will transform from a watch to a stand-up clock.  While I’m not certain, it does seem to look like an updated version of this watch which was floated around early last year, but never made it to our shores. Regardless, any sort of shiny metal transforming robot with a light-up dot-matrix chest is okay in my book.

I’ll be sure to let you guys know if I can find out anything else about this cool timepiece.