Gigantic Crane Lifts Korean Battleship Out of the Water!

I’m always amazed at the incredible machines that exist nowadays. Check this one out. It’s a massive crane that’s powerful enough that it can lift a warship out of the water. Where is this happening? Asia, of course – more specifically South Korea. 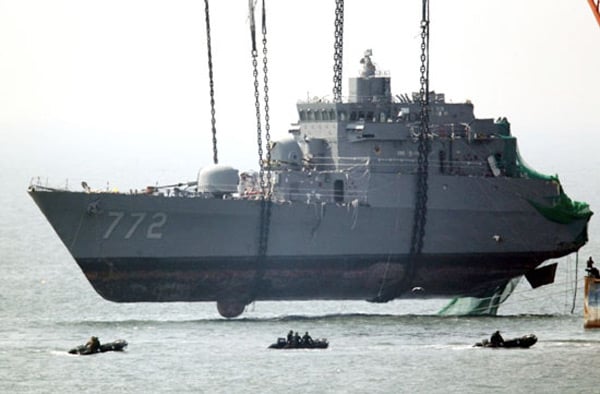 This warship is the Cheonan, which has an interesting history. The 1,200-ton vessel was split into two after being struck by a North Korean torpedo. It sank into the Yellow Sea on the March 26th, 2010. 46 of the 104 members of the crew perished. 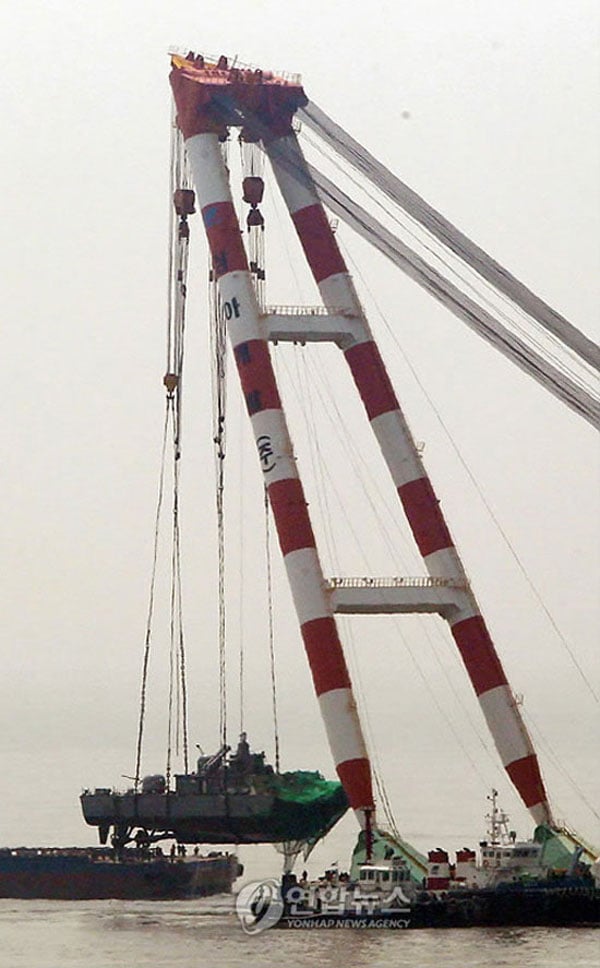 The rear section of the warship was recovered recently, on April 15th. The bow, which is pictured above, was lifted out of the water on April 24th. If you have trouble comprehending the scale of this crane, you’re not alone. It’s most definitely a mega-machine and it’s awesome to behold!