Believe it or not, Iron Man 2 won’t be in Japan’s theaters until next month. What injustice! A country that loves robots so much, and they haven’t seen it yet?! But the Stark-starved Japanese might be getting something that the rest of us won’t: Medicom’s Iron Man 2 Kubricks. The set includes the Mark IV suit from the first movie, the Mark V suitcase suit, and of course the powered-by-an-unnamed-element Mark VI. 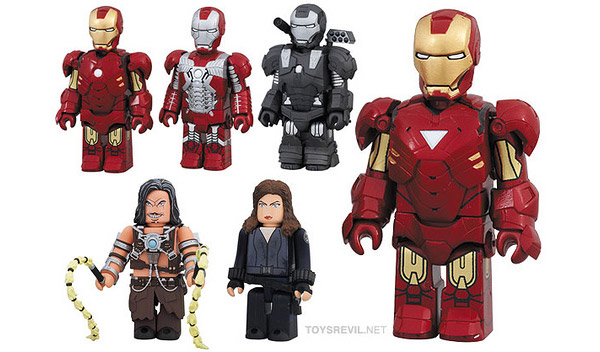 Also included are the wicked Whiplash and a very unattractive Black Widow. 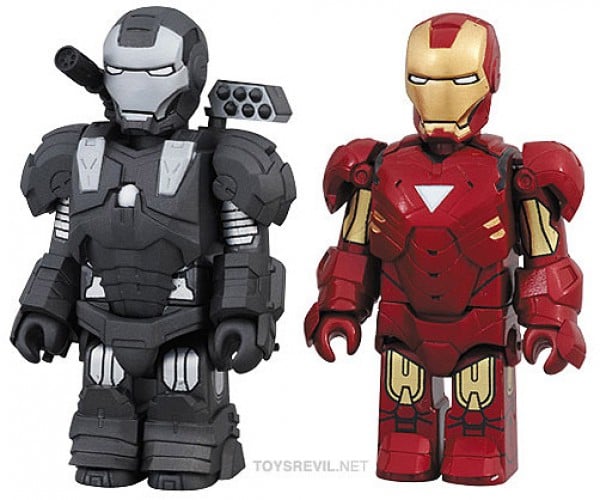 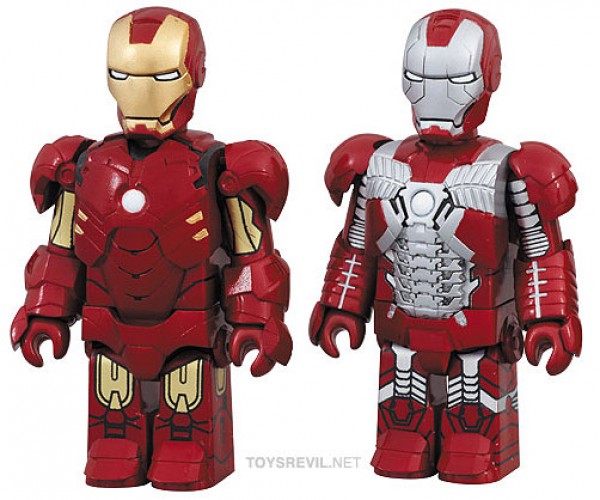 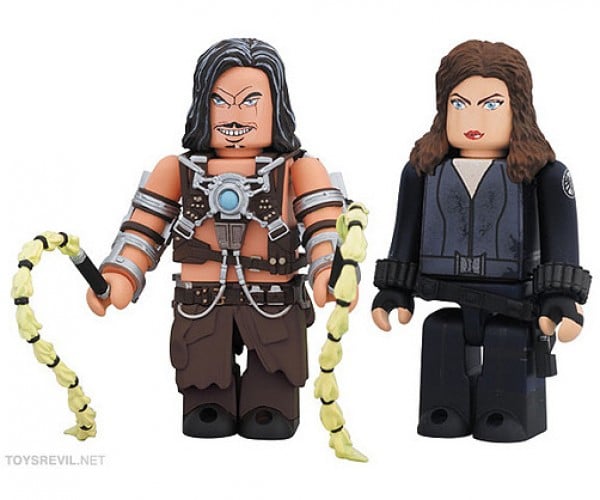 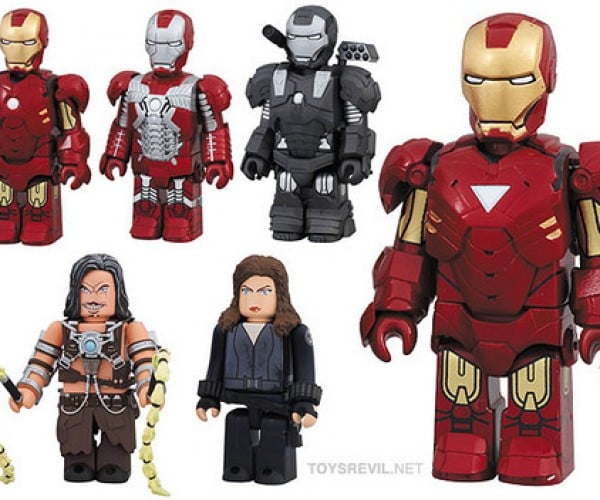 Fortunately these designs are just protoypes, so there’s still hope for Black Widow. The Iron Man 2 Kubricks will go on sale on November for ¥980 (appx. $11 USD) each.

I still can’t believe the movie is not out in Japan yet.

[via ToysREvil via Topless Robot]