If you’ve got a Wii and an HDTV, you might want to check out Neoya’s Wii2HDMI, a handy adapter which converts your Wii’s output to HDMI. 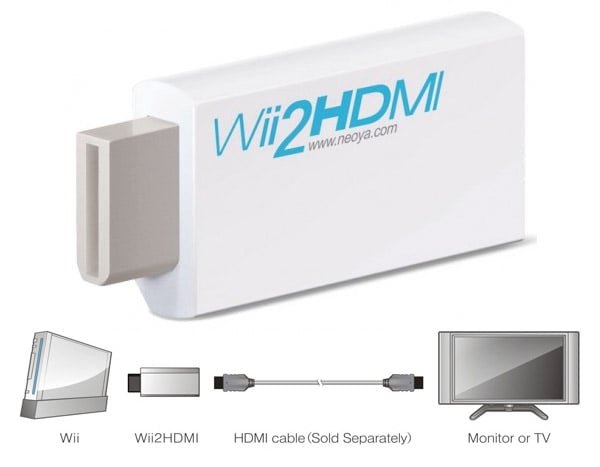 Unfortunately, the Wii still only can handle 480i, 480p (NTSC) and 576i (PAL) resolutions, so you won’t all of a sudden have high-def graphics with this thing. That said, if your display or receiver has more available HDMI inputs than component ones, this might be worth a look.

[via Chip Chick via SlipperyBrick]