No, this strange looking contraption isn’t one of those Clooney’s sex chairs from Burn After Reading. It’s actually an obscure video game controller for the old 16-bit Sega Genesis or Megadrive. And thanks to the miracle of eBay, it can now be yours.

The entire chair is mounted on top of a joystick, so as you tilt the chair, you’re actually controlling the game. Designed for games like After Burner II, Road Rash and Space Harrier II, it’s definitely an unusual way to play. 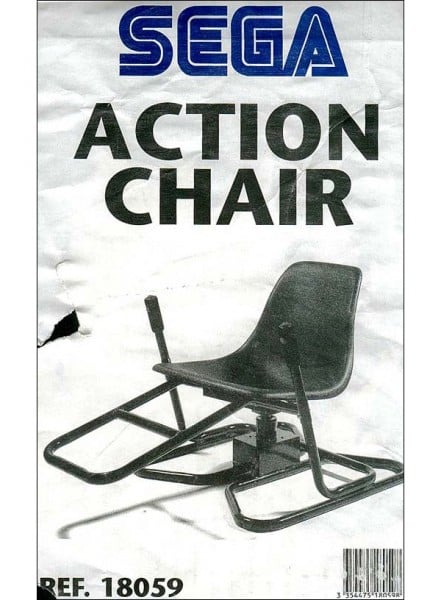 The auction has a starting bid of $300, but you can own this rarity right now for a Buy-it-Now price of $500 bucks. Unfortunately, it’s only available for local pickup in the Temple, Pennsylvania area, since it’s too difficult to ship. Me, I think I’ll stick to my couch and a regular joystick.