And by football I mean soccer. EA Sports FIFA Superstars – made in collaboration with Facebook vet Playfish – is a light version of SEGA’s Football Manager, made more fun of course by the prospect of matching wits with your Facebook friends, and even other players on Facebook. 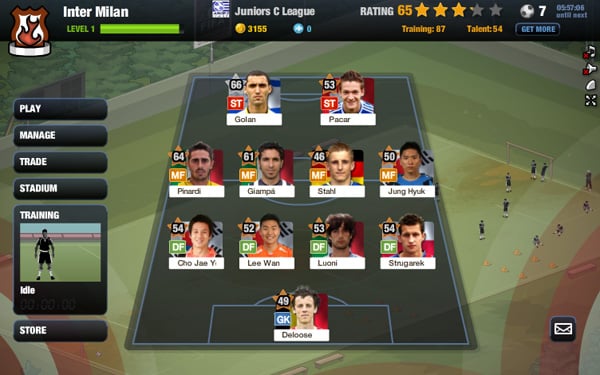 I even beat a certain Stephen Totilo.  Then again he may not care – for all I know he just wanted to check the game out. Unfortunately for him, his team came across my Inter Milan, and despite being just at Level 1 we beat his Level 2 Guessers 2 to 1. 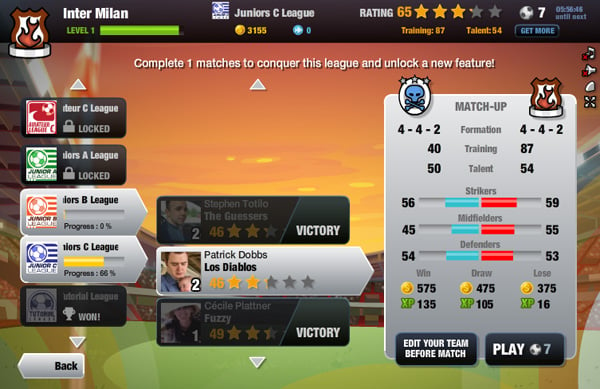 I just started playing today – hence the level – so I won’t be able to show you all of the game’s features. I started off with a bunch of players, which of course are relatively weak. Then I played training matches, after which I earned experience and a bit of gold coins. As in Football Manager, the game itself plays out behind the scenes, meaning you don’t control your players – it’s their stats vs. the opposing players’ stats. When you enter a match, there’s a bit of commentary and maybe 4 or 5 animations, but that’s it. You’d best skip to the end and see what the outcome is to save time. 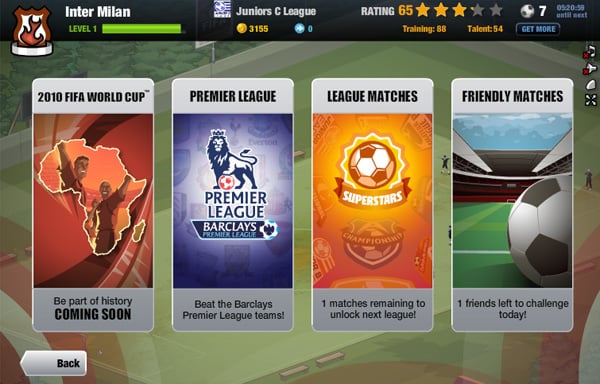 There are three kinds of currencies in the game – match credits, which you need to play games,  gold coins, which you need to buy players and better facilities for your stadium and training ground, and of course Playfish coins, which is exactly like gold coins except you buy Playfish coins with real money. You get gold coins (and XP) whenever you play a match, whether you win, draw or lose. Match credits – the number next to the football icon in the picture below – are replenished after a set number of hours. You can also buy more match credits with real money. 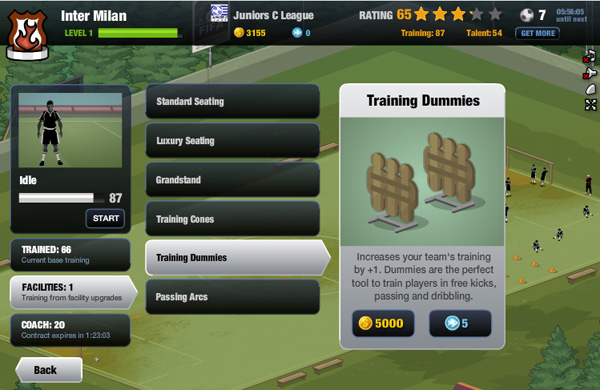 The game is a bit like web MMORPG Skyrates, in that the training actions take a substantial amount of real time, allowing – forcing – you to . Unlike Skyrates however, the game warned me that if I let my players be Idle – meaning if I don’t issue another training routine after they finish what they’re doing – their ‘Training’ stat will decrease, which I guess is realistic. What’s not realistic is that even while your team is training, they can still play matches. 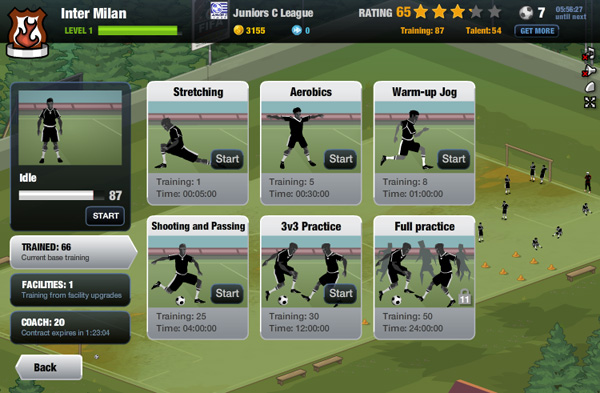 You move to higher leagues after beating a set amount of opponents. You can also give mystery gifts to your Facebook friends who have signed up for the game. And when you win against your friend, you can brag about it on his Wall. Which I just did. It felt awesome. So that’s about all I have for now. So far I’m actually having fun with EA Sports Superstars. I hope they don’t give players who spend real money too much of an advantage.