When robots will be able to do stuff for you in your home, it will either be the end of the world or the beginning of a new revolution. Steve Norris from Norris Labs in Boston, MA, came up with this as his latest project: it’s called the BDS, which stands for the Beverage Delivery System. 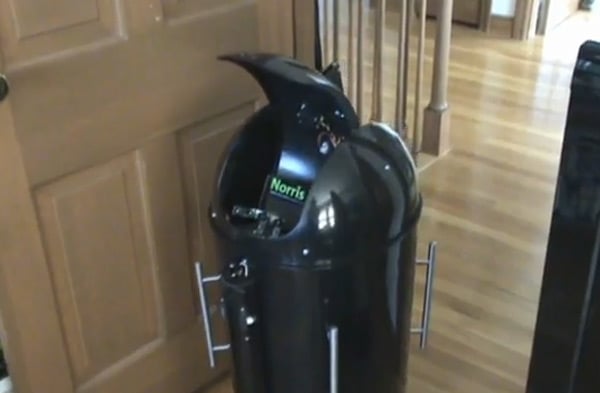 It’s basically a robot that will bring you a beer, or a few beers, depending on how many you need. The whole system is pretty ingenious, albeit slow. It combines a butler robot, which goes to the fridge and gets your drinks, with a specially designed robotic fridge, that will open and close its door automatically, and hand Butler Bot a few beers.

The user has a simple remote control to tell Butler Bot what he wants. All in all, it’s pretty cool and kind of reminds me of the mad machines that Doc Brown had in Back to the Future. 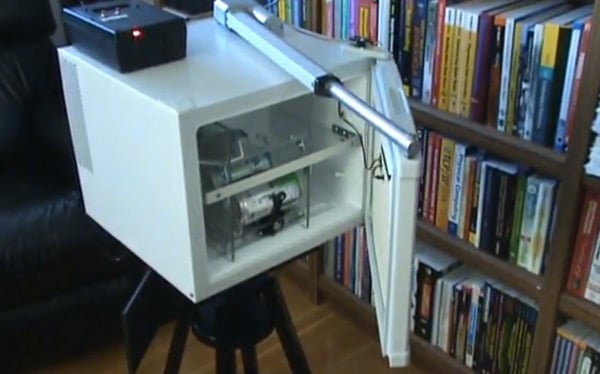