Own Your Own Batpod for Just $20

I’m sure some of you have seen the full-sized, functioning Batpod replics that’s for sale on eBay. Awesome right? It’s just that us ordinary folks don’t exactly have a $100,000 (USD) to spare for the thing. But in a heroic move, the maker of the Batpod – I’d like to believe it’s actually Bruce Wayne –  doesn’t want you to have to sell your kidneys to take the motorcycle home. Instead, the Batpod replica will be raffled off on July 31st in Melbourne, Florida, and you can join the raffle for just $20 for one ticket, or $100 for six. Even better, only 5000 tickets will be sold, so the odds of winning are not that bad, especially when compared to the odds of you having an extra hundred grand. 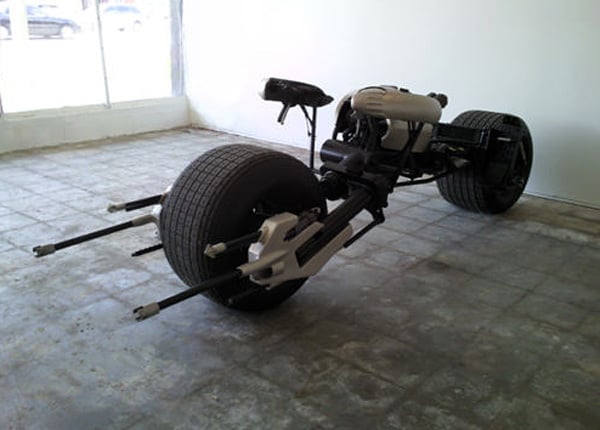 For those not familiar with this bad ass ride, the Batpod replica is a completely hand-fabricated, 1:1 scale reproduction of the one seen in The Dark Knight. The frame and tubings are made of steel, while the covers and arm guards are made of fiberglass. The motorcycle is powered by a “650cc 4 stroke, water cooled engine with direct port nitrous injection”. Each of its wheels measure 508 mm (20 inches) across. It’s not street legal though, so the seller will turn it over to the winner of the raffle with one of the bike’s chains removed. If you win it you’re free to fix it, but that won’t change the fact that you’ll get arrested if you take this out for a ride. Obviously the bike’s weapons don’t work either; they’re just props. 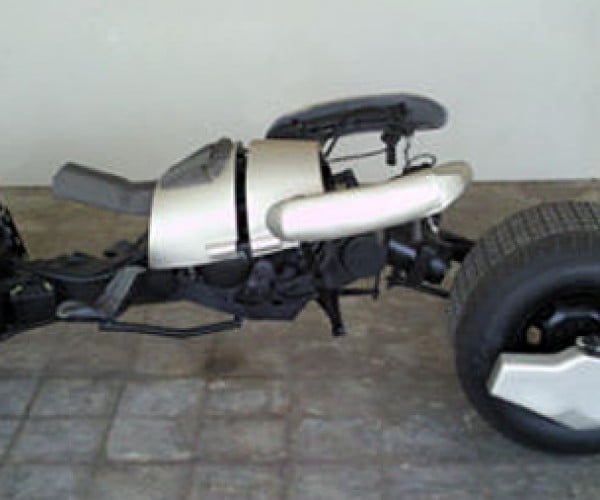 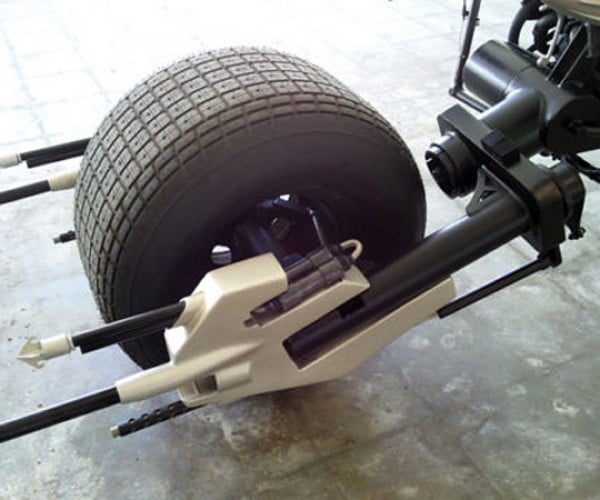 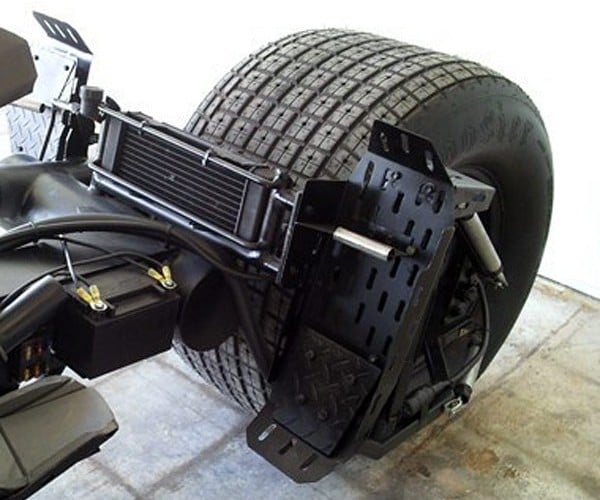 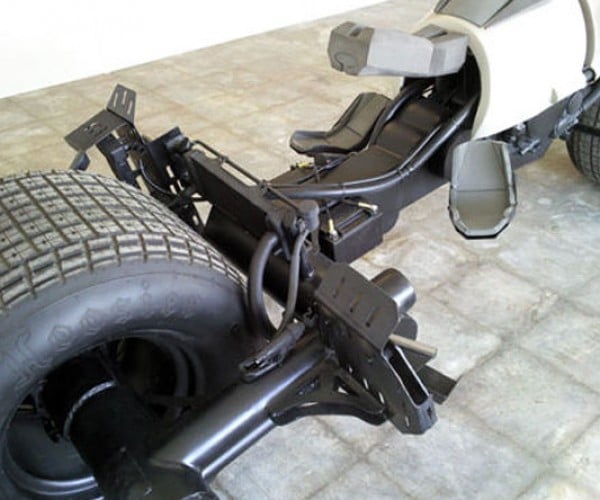 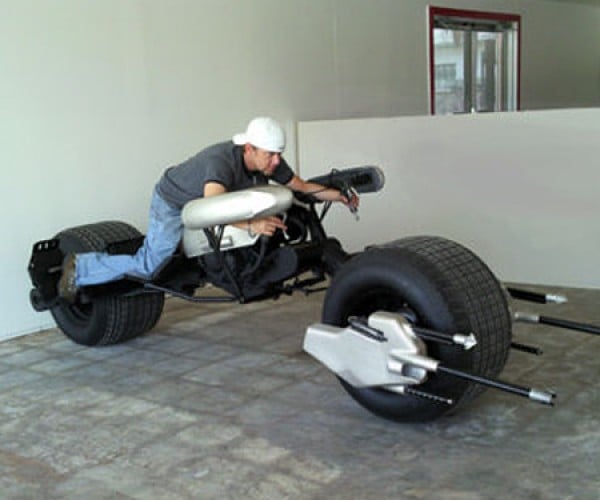 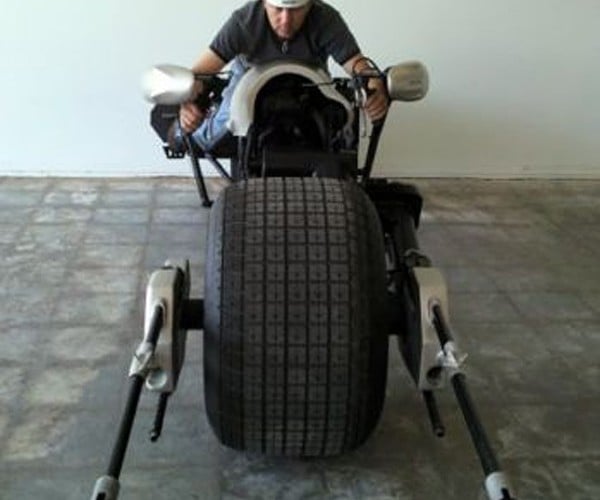 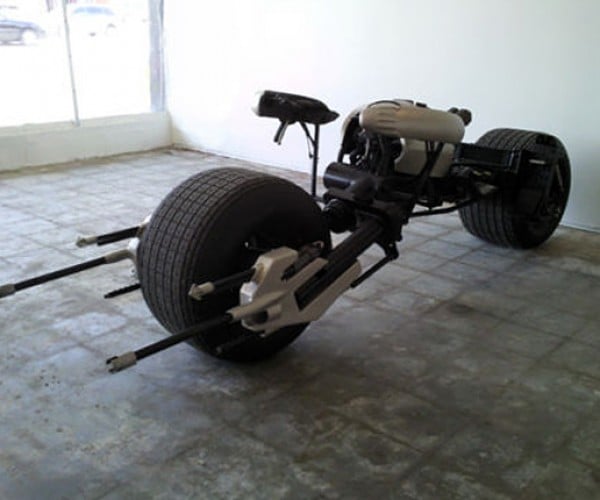 Again, the Batpod replica will be raffled off on July 31, 2010 at 1243 N.Harbour City Blvd. Melbourne, Florida. You can buy the tickets at eBay; however as of this writing, only 10 of the 5000 tickets remain, so you’d better snag one (or all) for yourself right now if you’re interested.