Looks like Nintendo is readying the release of sets of playing cards that feature all of our favorite characters on their faces. 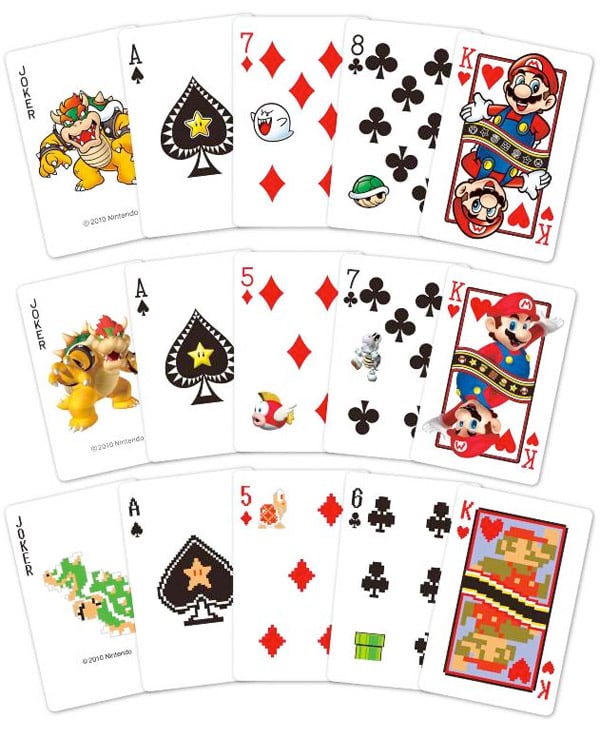 You’ll be able to choose from three sets, one with cartoony illustrations, another with 3D CGI versions, and the last with pixelated 8-bit characters – my personal favorite. Mario, of course, is King, and Bowser is the Joker. While they’re not showing all of the face cards, I can only guess that the Queen is Princess Peach and Luigi would naturally be the Jack. But I’ve been wrong before. 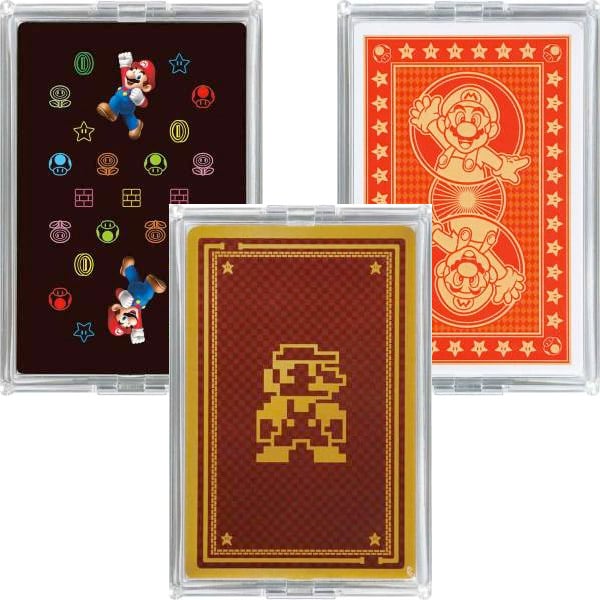 The cards will be released in Japan this July, and hopefully you’ll be able to find them at one of the many Japanese collectibles exporters out there like NCSX. Ironically, Nintendo first got it start making hanafuda playing cards way back in the 1880s.

[via andriasang via GoNintendo]