The Smartest Business Card on Earth

We’ve seen a business card that light up, and even ones that ask if you’re a person. But in terms of nerdity, none of those can come close to Engr. Ramiro Veredas’ circuit board business card, which he says has “more CPU power than the computer that led the man to the moon.” The CPU in question? A 16-bit, 32MHz microcontroller. 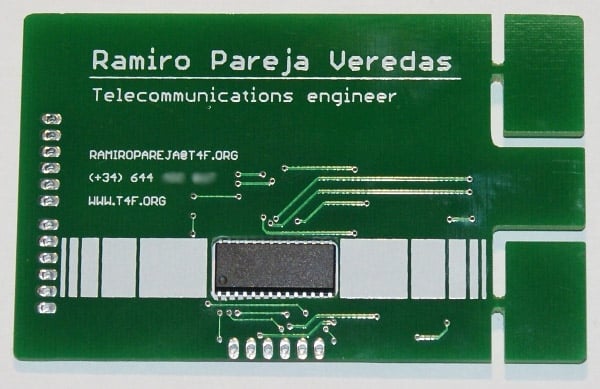 So yeah, it’s not impressive by today’s standards – I mean if this thing can send men to the moon, then our phones are probably smart enough to send us to Jupiter or something – but it sure makes for good conversation, and that could help when you’re on a job interview. 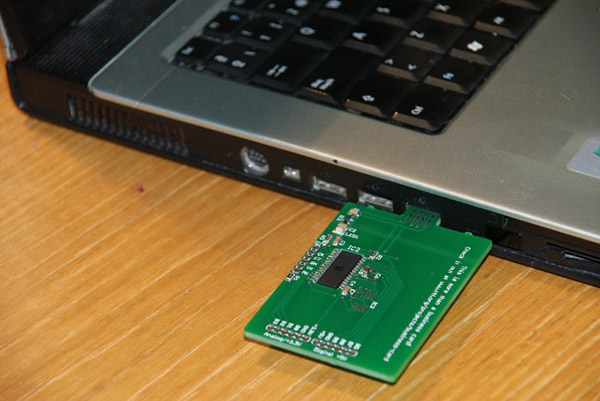 As you can see, the card has a USB connector. When it’s plugged into a computer, a script automatically launches an HTML file containing Veredas’ CV. The card’s 24KB onboard memory is enough to store the script and the HTML file, but it can be augmented with up to 32 MB of memory if needed – and that’s a big if. 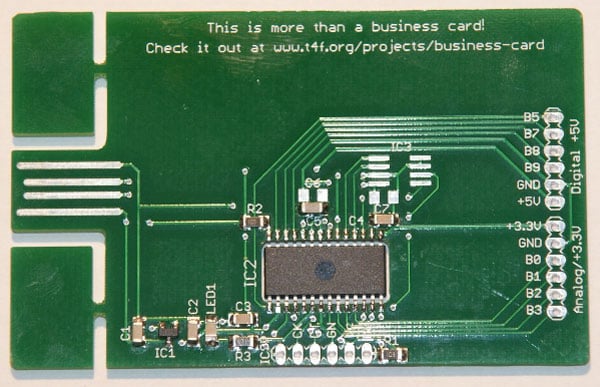 The back of the card has an additional message, although I think we can all tell just by looking that it’s more than just a business card. Actually it would have made more sense if it said “This is also a business card!”

The EXO Giga Bike is a Custom PC in a Bicycle: BMX On
Home Subscribe vis RSS Feed
« Previous
Next »
Advertisement