Keep your fingers and hands away from this LEGO creation, which features an actual motorized spinning saw blade. 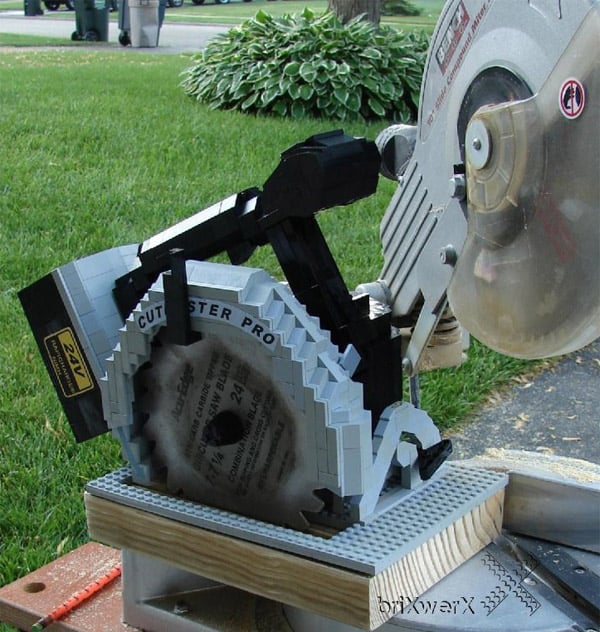 Created by Dave and John Zandegar, the “Cutmaster Pro” has a LEGO brick structure, but a 9-volt battery powers the spinning saw blade and could definitely looks like it could do some damage in the wrong hands. Check out the video below to see it in action:

They’ve removed the sharpest points on the blades, and set up a safety mechanism to auto-stop if touched, but I wouldn’t want to be the one to test if that works. I’d like to keep all of my digits.