LG Flutter Concept Phone: in the Future, There Will be No Such Thing as Convenience

LG’s recently concluded Design the Future contest required contestants to draw up “the future of mobile communication.”  Dua Xiong’s entry, the Flutter,nisn’t the winning design. It still won something though – the Prop Master’s Choice Award, which is supposedly given to “cutting-edge design.”  I guess by cutting edge they mean “awkward”. 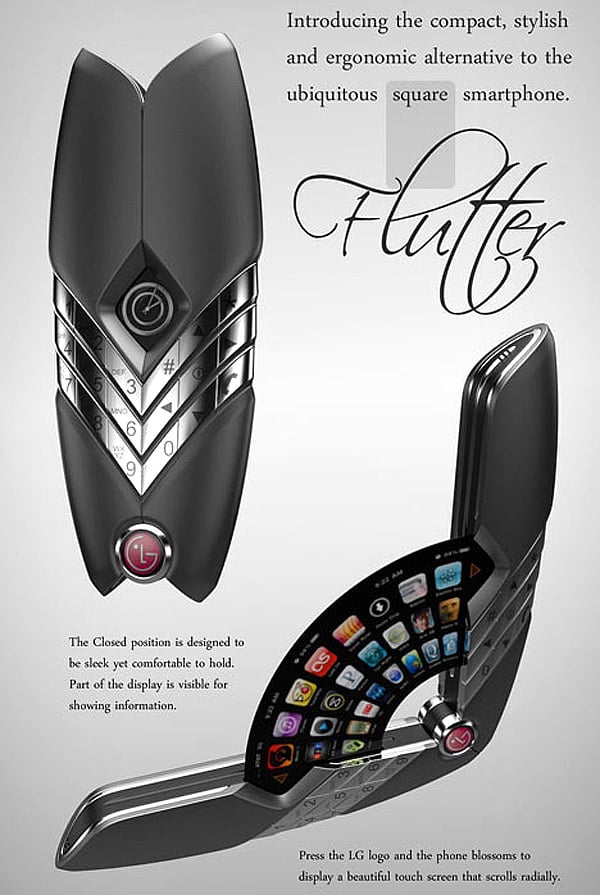 Notice that, for all the wildness of it’s shape, the interface is almost exactly the same as the iPhone’s, except this one’s radial. It certainly is an attention-grabbing design though; which I guess is appropriate since the phone gets to appear in a “future blockbuster film” as reward. I bet it’s a sci-fi thriller about a robot serial killer that hunts down teenagers who text while driving. This will be the phone of the first victim.