I know that LEGO bricks can be used to make many things, but this is the first time that I’ve seen them being used for making fully-functional printer. 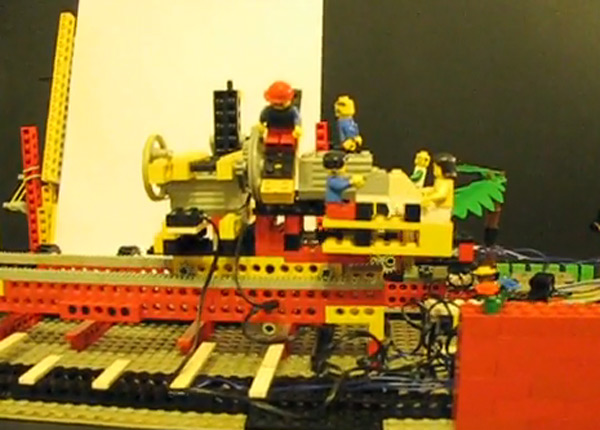 This LEGO printer was created by a guy named Squirrelfantasy. His working printer uses felt-tip pens instead of inkjets or lasers. Check out the video below to see it in action.

The way that it prints images kind of reminds me of a dot-matrix printer – or maybe an old X/Y plotter – albeit with a larger printing nib since this one uses a felt-tip pen. I wonder if printing resolution would go up if he used a fine-point felt pen? Sharpie, anyone?

[via Boing Boing via DVice]