Hardcore Gamer Aptitude Test: One More Thing to Brag About

Gamespy invites gamers to test just how hard their cores are with the Hardcore Gamer Aptitude Test, or HGAT. The multiple choice test spans an annoyingly diverse selection of questions, from history – which includes historical facts about games, memes and consoles – to video game analogies, and just to screw with us, math. As in math math, but with video game references.

Of course I took the test, and I answered the questions as best as I can, so I’m not that ashamed to post my score: 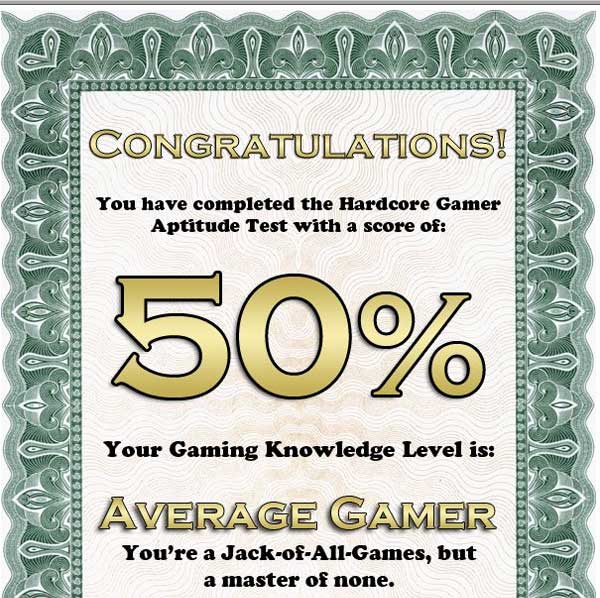 My core is well-done; not too hard but not too fluffy either. I suggest you take the test before you wail on me though. I’m not going to spoil the HGAT anymore than I already have, but let’s just say that next year the Gamespy Academy should make categorized exams, because I’m pretty sure I’d score well in the RPG department. Circa 1990 to 2010. Ready? Then get your game face on and go!