The telephone has come a long way ever since Thomas Edison invented Alexander Graham Bell, who in turn got the idea after a pack of chocolates in his back pocket was melted by microwaves. Wait, wrong story. But the point is, phones are no longer used just to talk to people – we use them to take pictures, to send emails, to browse the Web, to play games and more. But with great power must come an equally great instruction manual. Clara Gaggero and Adrian Westaway teamed-up with Samsung and the Helen Hamlyn Centre for Out of the Box, manual designs that are better alternatives to today’s “flimsy manuals with complicated language and jargon.” 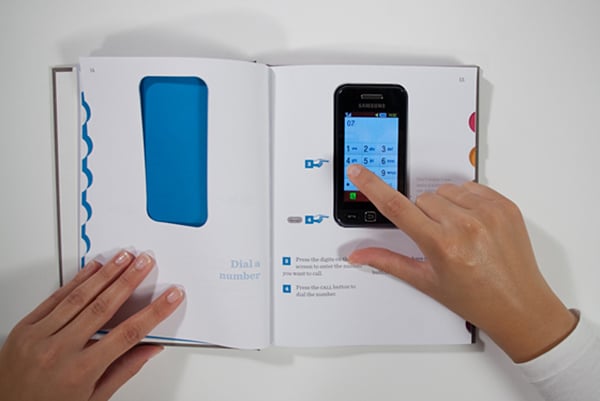 Their first idea for a manual is self-explanatory. As you can see in the picture above, it’s a lot like traditional manuals, except that instead of a diagram or image, the phone itself is cradled in the manual. Genius. This will encourage users to actually read the manual and at the same time let them see the actual results of their actions. 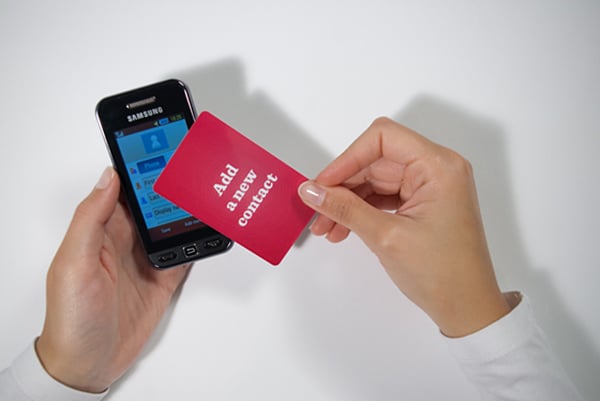 The second concept is a lot more high-tech, and it involves cards that actually add the function that it teaches to the phone, kind of like a learn as you use set-up. The idea is for phones to ship with barely any functions; when you want to use a function, you bring out one of the cards, tap it on the phone’s screen and it’s unlocked. Then you read the instructions and use the function. It’s a well-intentioned plan, but I think it’s too cumbersome and also potentially risky. I mean if you lose the cards and you’ve yet to unlock the features, you’ll be left with a useless device. 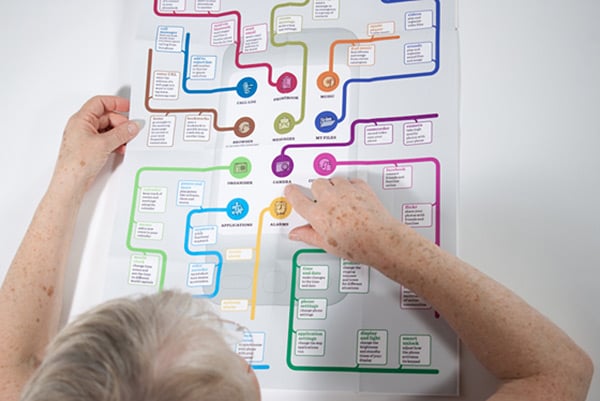 The last idea is for a map-like manual. I guess the idea is that users would rather have all the functions laid out in this intuitive manner rather than leaf through a book-format manual. The map’s good, but it can still be daunting, but at least you can easily trace which icon does what. Personally I think the first idea is the best one. I’d also like to add my own idea – what about a step-by-step optional walkthrough that’s accessible on the phone itself? That way you don’t have to carry any additional material at all. What do you guys think?