The iPad Comic has No Room for Adlibs

From the moment we heard its name, we all knew that the iPad was going to be a comedy goldmine. Comedian Adam Kontras takes it to another level; recently he’s been promoting himself as the iPad Comic. Kontras’ act used to be of him interacting with four alter egos, each one on a TV. Now he’s upgraded the tools of his trade: 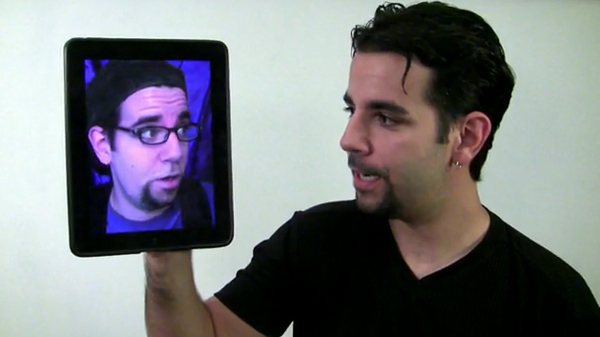 As with Kontras’ previous set up, timing is everything:

I don’t think he’s that funny, but man that was smooth. I’d like to see how many variations Kontras can make out of this one. Watch out for more of the iPad Comic on his website.