Wake Up With Sony Dash

Sony touts its new Dash multimedia device with this funny commercial which sells us on the advantages of using the Dash as a high-tech alarm clock. 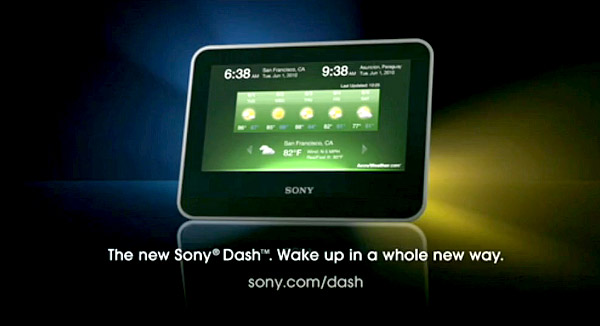 Sony is airing the spot in the Washington D.C. and San Fransisco areas to get some buzz building for the recently released personal internet device.

While I really like the idea of using something like this as an alarm clock, I’ve always been worried that the brightness of an LCD screen would keep me from sleeping. Hmm, sleep or tech gadgets. That’s a tough one for me. I guess I’d have to go with the gadgets.

The Sony Dash is available over on Amazon for $199 if you care to check it out.