Couldn’t you use a robotic butler? I know that I sure could. This goofy home-made Butlerbot was created for the 1st birthday of its creator’s son, Ethan. That all sounds like the setup for some sort of science fiction film that goes horribly wrong when the robot assumes the personality of Ethan and becomes convinced its creator is its “father.” Thankfully, that’s not what actually happens here – at least not yet. 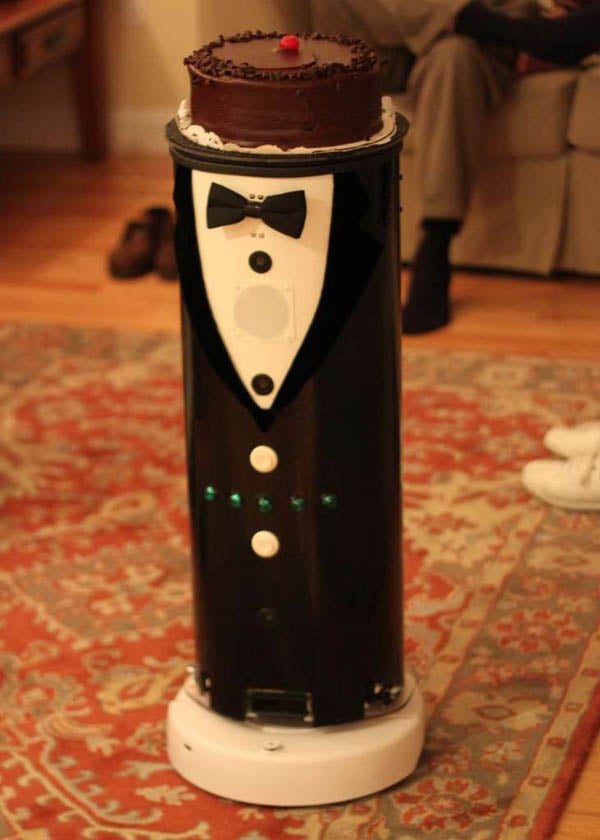 Belvedere’s primary purpose is to serve drinks and entertain guests. He’s based on the iRobot Create platform, which is perfect, because he’s smart enough to avoid obstacles. The Butlerbot tells pithy jokes, dance, and can drive itself to various pre-programmed locations in the house. He’s also got the ultimate fashion accessory – a spinning bow tie.

You can make your own Butlerbot by following this Instructable!