Southend Interactive’s upcoming Xbox Live Arcade game ilomilo is as charming as Little Big Planet, and it’s gameplay looks like it can be as dizzying as Super Mario Galaxy. 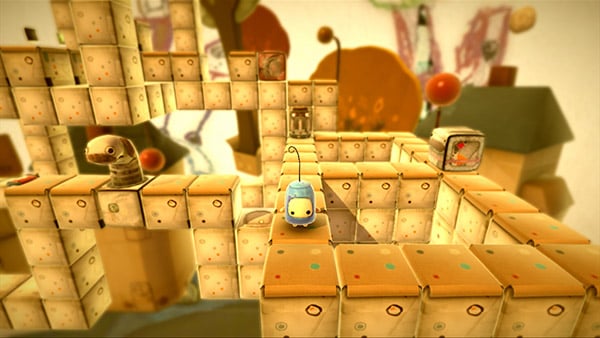 I don’t think I would last long playing this game though; the bright colors and the ever-changing planes would make me barf. But that’s a point against me, not for ilomilo.

Dawwwwwwwwwww. They even have a sort of companion cube! Check out the game’s official blog for more screenshots and concept art. Not so much information about the gameplay though. I sincerely hope those cuddly antennaed avatars don’t die in the game.