Large Hadron Collider Pop-Up Book Will Not Open Up a Mini-Wormhole. I Think.

Emma Sanders and Anton Radevsky’s Voyage to the Heart of Matter: The Atlas Experiment at CERN is the perfect gift for your little nerd. It’s a pop-up book, containing models of a CERN building, colliding particles and of course the “subatomic smasher”, the feared, the revered, the expensive, the Large Hadron Collider. 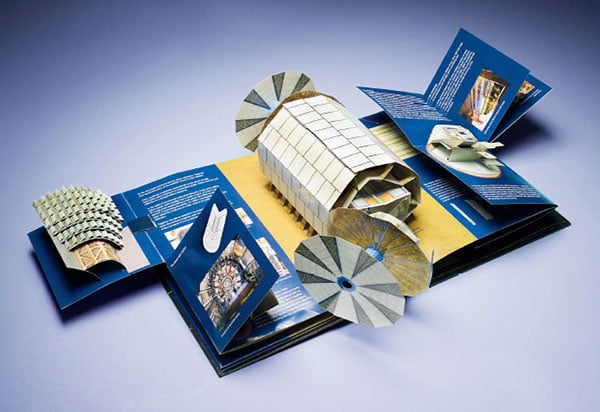 Because they wanted to end up with an accurate representation, it took the authors two years to re-create the LHC. That’s a lot of work for a pop-up. According to Wired, “nearly 40 physicists provided scientific guidance, photos, and sketches of various parts”. Pop-up books don’t get nerdier than this.

You can order Voyage to the Heart of Matter: The Atlas Experiment at CERN at Amazon for $25 (USD). I have to warn you though: this book only has four pages, and although I’m sure each page is dripping with nerdsauce, in the end there’s not a lot of popping-up to be done.