Over the years I have reviewed a couple of the lasers from Wicked Lasers and there aren’t things that you would call laser pointers, unless you like the ability to burn those who talk during your presentation. You can catch stuff on fire and blind people if you aren’t careful. Naturally, a couple of my friends were using them in an epic Lightsaber battle of geek versus dork last time we had a fight night at my house. I didn’t bother to tell them not to shine the lasers in each other’s eyes; I figured survival of the fittest and all. 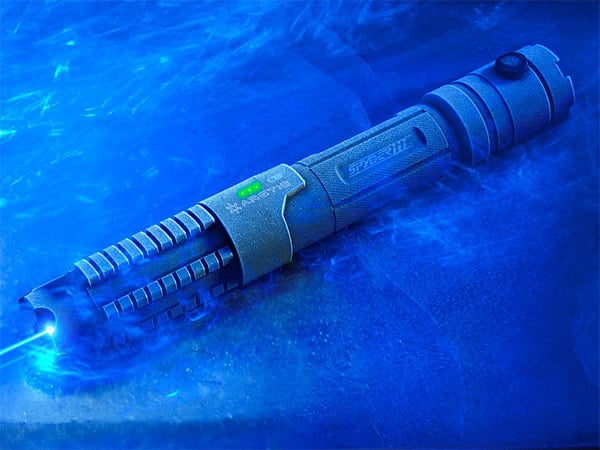 Wicked Lasers has a new laser that is much more powerful than those other ones I have. The Spyder III Pro Arctic laser has a 445nm blue laser that was built using the diode from a home theater projector. Wicked claims that the beam is 4000% brighter than the blue beam in its Sonar laser, which was involved in that geek throwdown I mentioned before. 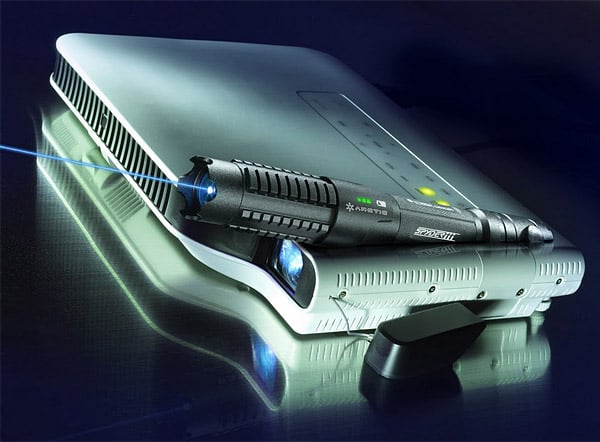 The best part about the $300 laser is the warning; you actually have to sign a waiver to buy it! You can read the full warning at the link below, but if you’re like me the important parts that will make you want to buy it are – extremely dangerous, instantly set fire, extreme caution. Yep, I’m sold.