While World Cup mania has started gripping the world, I’m amazed at this Coke Man that was constructed in Johannesburg recently to celebrate the World Cup. The blocky design makes it look like voxels, which are basically pixels shown in 3D space. 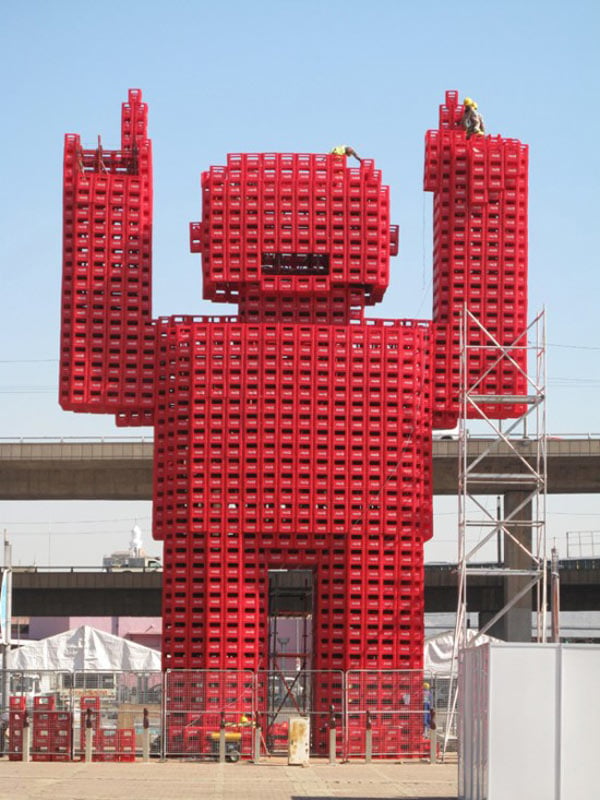 This Coke Man was built out of 2,500 cases of Coca-Cola. It weighs 28 tons and is about 55 feet high, and is part of a recycling initiative. That is, after the World Cup is over, Coke Man will be reused and recycled – for what, we don’t know. 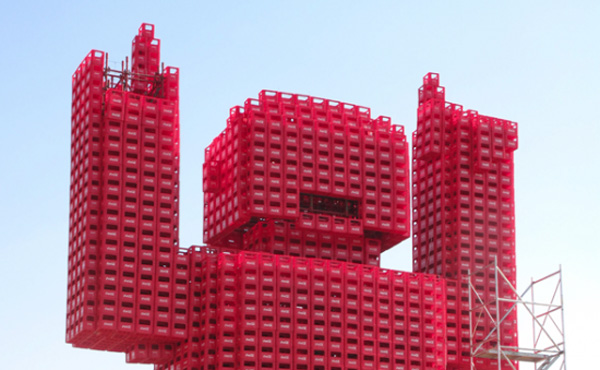 While this isn’t as impressive as the Gundam statue in Japan, it’s still pretty amazing. I expect that they took adequate precautions to prevent this giant Coke Man from collapsing! 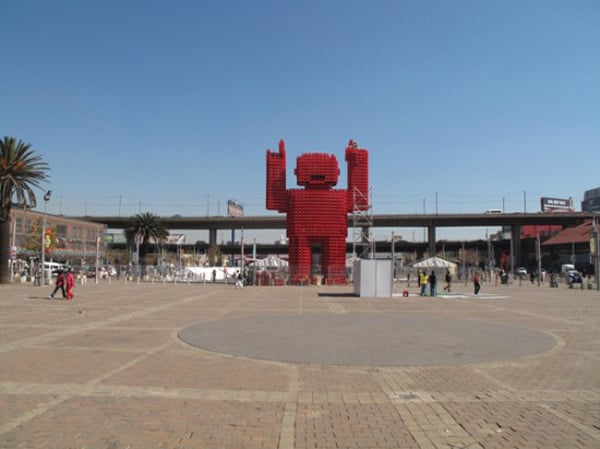