The article below, published in 1935 in the magazine Modern Mechanix, shows off a “robot messenger” called the Notificator, a gadget so nice Boing Boing posted it twice: 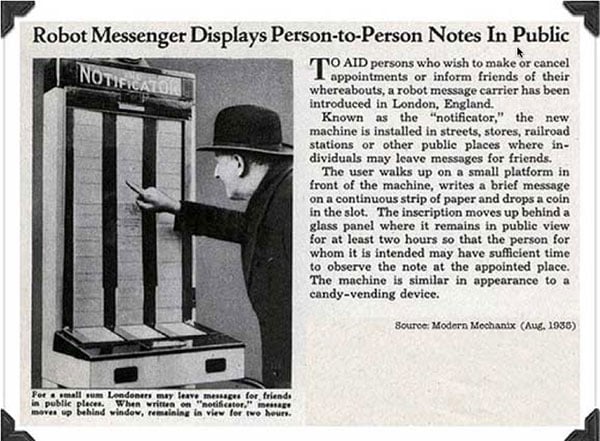 If I was alive during that time, instead of relying on this machine I would have hired teenagers to do the job; all they needed was a booth, and they could receive messages all day long, not to mention keep them for more than two hours. Would’ve made me a pretty penny.