Child of Eden: Crazy Music Game for Xbox 360 has Us Scratching Our Heads, but We Like It

Child of Eden is the latest casual video game from Tetsuya Mizuguchi, creator of REZ, Space Channel 5 and Lumines. The trippy psychedelic visuals and audio carry on the tradition of weird, wild, and addictive music games from the slightly off-kilter mind of the gaming genius. 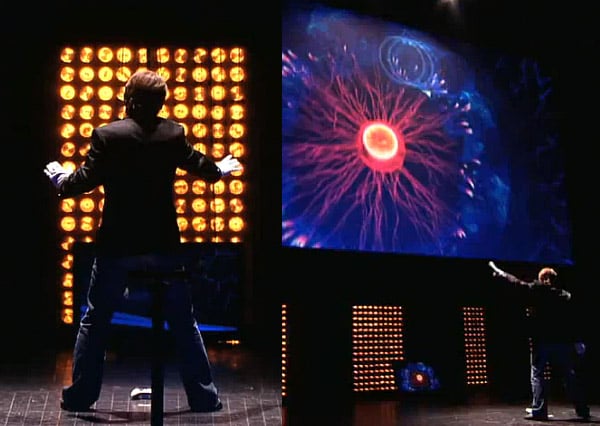 The game is described as a “multi-sensory shooter”, and is designed to work with Microsoft’s new Kinect controller-less controller system. Mizuguchi says the game will also work with traditional controllers, but from the looks of this E3 demo clip – starring the game’s creator – what fun would that be?

Here’s a brief description of the setup for the game, which will help you make no additional sense from what you saw in Mizuguchi’s video performance:

“Child of Eden thrusts the player into the center of a battle to save Project Lumi, a mission to reproduce a human personality inside Eden, the archive of all human memories. As the project nears completion, the archive is invaded by an unknown virus. The player’s mission is to save Eden from the virus, restoring hope and peace.”