The New Mac Mini: All Aluminum, Faster, Hdmi, and $100 More to Start

While Apple’s been touting the wonders of the iPad and iPhone 4, the Mac mini product team was feverishly working in the background on a major revamp of the classic small form-factor Mac.

The new Mac mini features a beautiful slim one-piece aluminum case, and measures just 1.4″ high x 7.7″ square. I also love how Apple managed to cram the power supply inside the case, so there is no need for a power brick at all for this new mini. 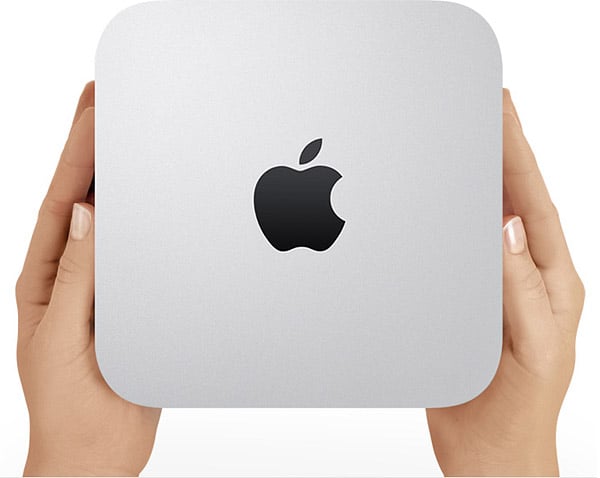 The system sports either a 2.4GHz or 2.66 GHz Core 2 Duo CPU, and an upgraded NVIDIA GeForce 320M graphics processor, which Apple claims is twice as fast as the previous Mac mini’s GPU. While it does get 256MB of DDR3 SDRAM, it is shared with main system memory, though. One of the best new additions is an HDMI port with 1080p output, which makes the new Mac mini a strong contender as a media center HTPC. They’ve also added a handy SD card slot for loading photos from your digital camera. 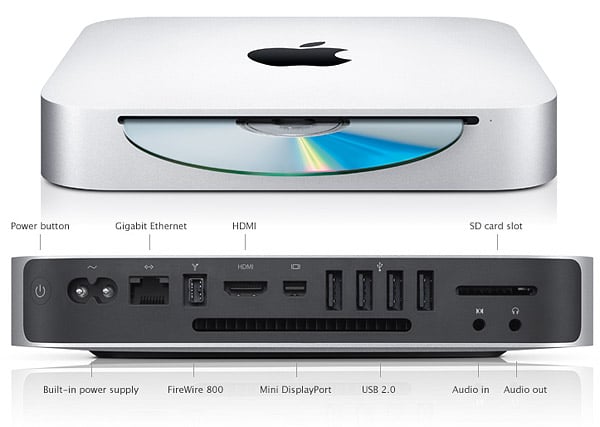 Of course, if you want to drive a 30-inch desktop monitor, the mini DisplayPort still cranks out 2560×1600 resolution.  One of the other things that has always irked Mac Mini users is that you couldn’t upgrade your own RAM. That’s changed. Not only can you put in up to 8GB of RAM, it’s as easy as turning the bottom plate to gain access to the systems two SO-DIMM slots. 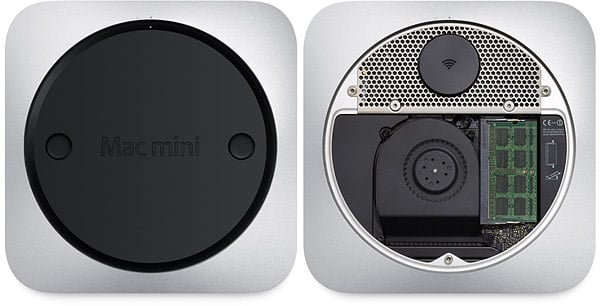 So what’s not to like? If there’s anything to haggle about, it’s the price. Apple has increased the base price for the Mac mini to $699, putting it in the same price range as many very capable Windows desktop PCS.That said, it is a Mac, and if you just must have one, it’s still the cheapest way to enter the world of Apple computers.

And if you’re looking for something more advanced, there’s even a powerhouse Snow Leopard Server edition ($999 USD), which manages to cram two 500GB, 7200 rpm hard drives inside the mini’s mini case, and includes the top-of-the-line CPU and MAC OS X Server.

You can find more information on the Mac mini over at the Apple website.