Definitely one of the weirdest mash-ups I’ve ever seen. 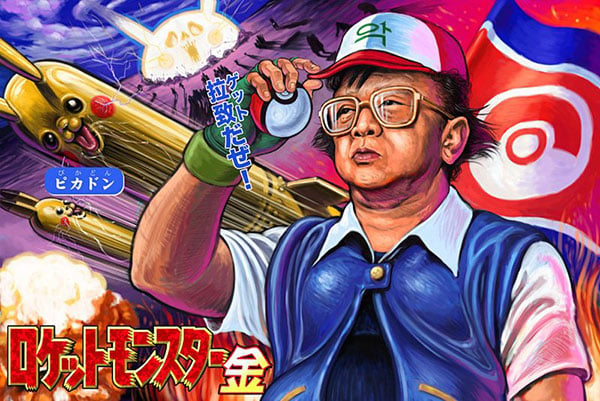 The sagacity of Boing Boing‘s commenters shed more light on the painting. Made by a Japanese artist named Sakkan, the title of the painting reveals the pun: “Rocket Monster Kim”. The Pikachu rockets are labeled, “Pika-don”, which apparently means “flash-boom”, or something like that, and the blue text over Kim Jong Il’s hand says, “Let’s go kidnapping!” A much larger version can be found on Sakkan’s website.