Playstation Move Ray Gun Controller: Didn’T Marvin the Martian have One of These?

If you didn’t think you looked stupid enough flailing your arms around with Sony’s new PlayStation Move motion controller, wait till you get a load of this. Sony has revealed their first add-on accessory for the Move, which looks like a ray gun. 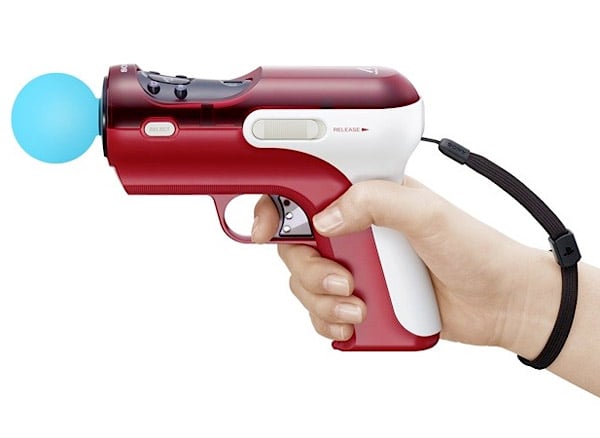 The odd-looking attachment for the Move docs the main controller inside its body, providing you with gun control for FPS and light-gun style shooting games, computer with a proper trigger for firing. 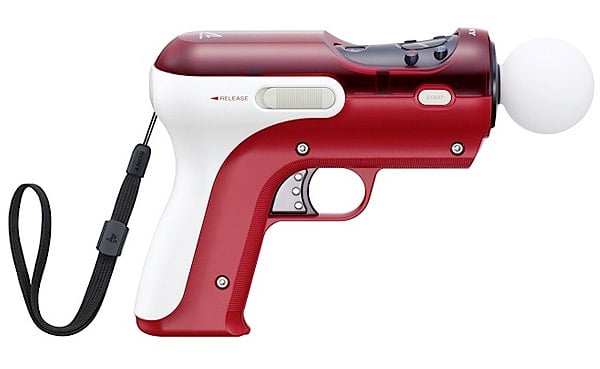 I actually think that the cherry red and white gun controller wouldn’t look half bad, if it weren’t for the clown-nose-esque tip of the Move controller protruding from the front of the ray gun. 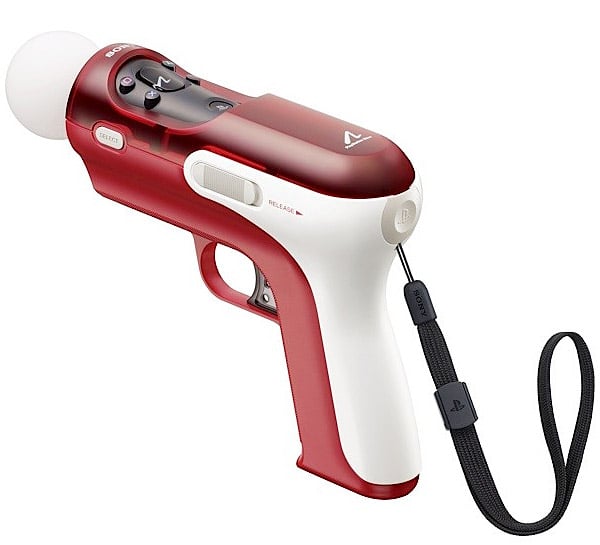 Regardless, it’s probably way more fun playing shooters with this than with a traditional controller, so will give Sony a pass on the ridiculous industrial design.

Expect the Move to hit stores September 19th, with prices ranging from $49 to $99 depending on the bundle you choose, and then add another $20 bucks for the gun accessory. You can pre-order the Move starter bundle over at Amazon now, but the ray gun add-on isn’t up there yet.